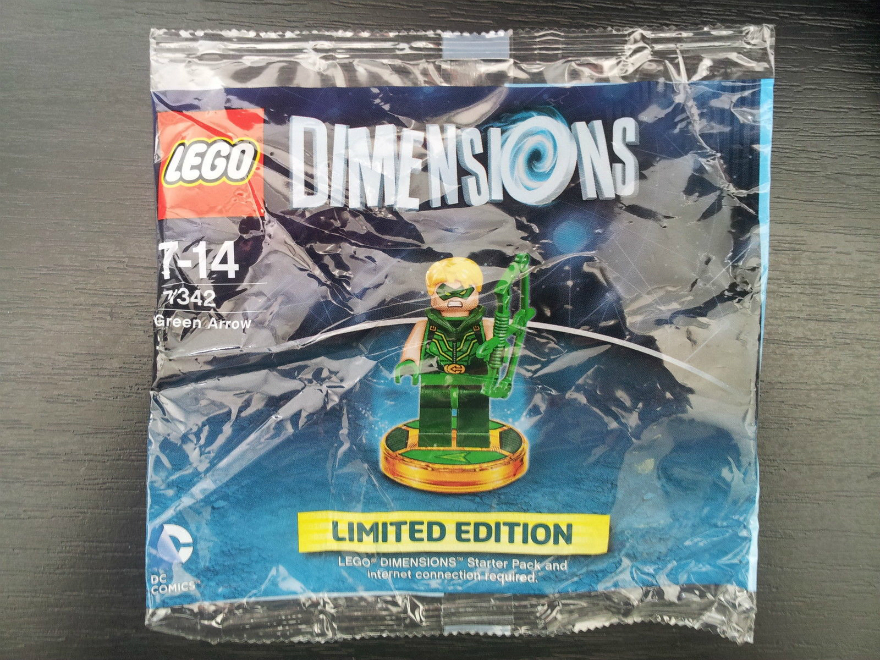 Following news that a Supergirl character was coming to LEGO Dimensions, a never-seen-before polybag has now appeared on eBay. What’s so special about a polybag? Well this is the first ever one for LEGO Dimensions and features the Green Arrow on a golden base. This mean either that exclusives come on golden bases (which would mean Supergirl will also be an exclusive character) or that the next phase will feature golden bases.

It looks like this will be given away at the upcoming game show E3, which is from 14th till 16th June. The polybag is currently on sale on eBay. Could see this being very popular amongst Dimensions fans!