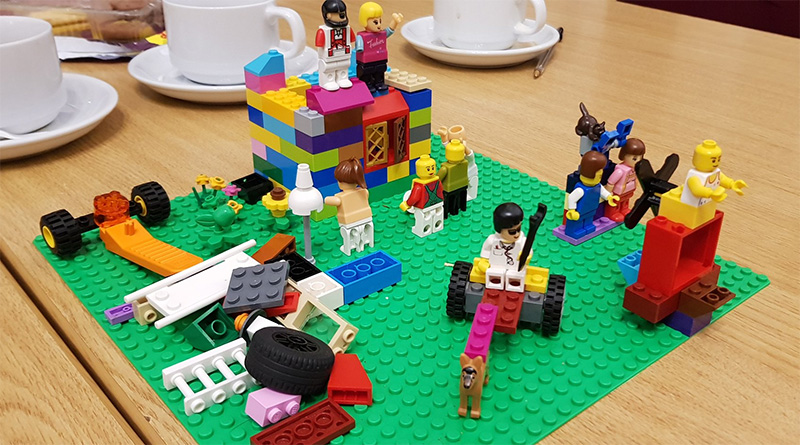 A LEGO training workshop delivered to councillors in Walsall, UK, has caused an argument between councillors.

Councillors in Walsall, in the West Midlands, are in the middle of row about a LEGO workshop, with a video posted to social media making it all the more unusual. Last week, Conservative Council Leader Mike Bird arranged a LEGO workshop as part of a training programme designed with the goal of delivering better value-for-money for taxpayers.

But Labour councillors in attendance did not see the relevance of the session and took to social media to day so.

Fellow councillor Lee Jeavons joins Ward for the bizarre video that they then produced, attempting to parody a children’s television program.

The video has only intensified the argument between the Labour and Conservative councillors.

“It’s disappointing that the Labour group have taken to social media to try to decry what was a real serious message but then sometimes, when you’ve got children in the Kindergarten, you have to give them the toys to play with,” Council leader Mike Bird told Birmingham Live. “It was a one-off item in the workshop about what can you build. If you understand the whole concept of the meeting, it becomes very relevant.”