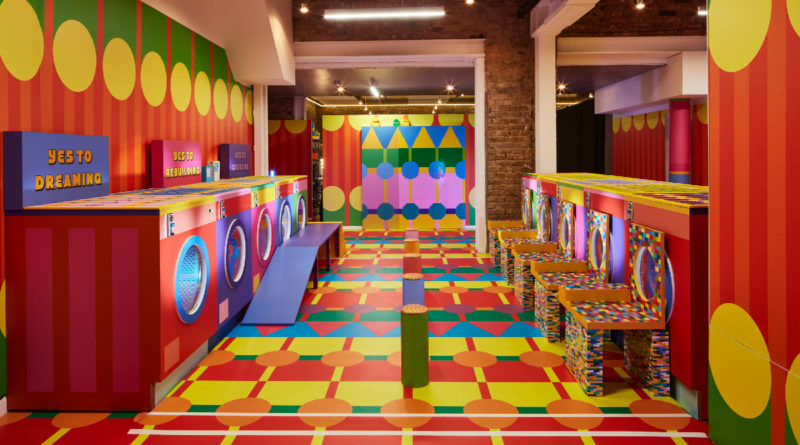 The LEGO Group has officially revealed the next part of their Rebuild the World Campaign with a video exploring the Launderette of Dreams.

Following an early announcement thanks to a listing on Eventbrite, the LEGO Launderette of Dreams has been officially unveiled as a partnership with Artist Yinka Ilori that has transformed a typical launderette into an interactive experience.

A new video showcases how children from Yinka Ilori’s former school, St Jude & St Paul’s C of E Primary School, inspired the space. The Launderette of Dreams has four opening times remaining with two each on November 4 and 6.

“Like Yinka, children are brimming with amazing ideas for how to rebuild the world around them for the better and use play to transform the mundane into a magical experience,” commented Alero Akuya, Vice President of Global Brand Development at the LEGO Group. “Their creative optimism inspires us every day, and we hope the Launderette of Dreams shows how fun and playful the world around us can be when approached with a bit of childlike imagination and joy.”

“Community launderettes are essential to the fabric and DNA of many communities,” said Yinka Ilori. “I hope the Launderette of Dreams inspires both adults and children to believe they can dream and create anywhere. LEGO bricks are a powerful tool to help bring this imagination to life by offering the creative freedom to build any structure or object that you can dream of.”

You can find the Launderette of Dreams on Bethnal Green Road, London for a limited time as the experience forms the latest part of the ongoing Rebuild the World campaign. In other brick-based marketing news, the LEGO Group’s new Christmas advert has been released and we’ve found a few references within it.