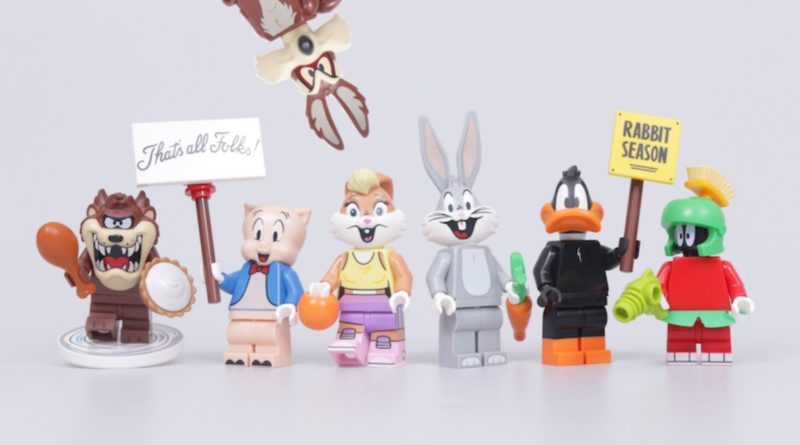 Bugs Bunny, Daffy Duck, the Tasmanian Devil and their fellow Looney Tunes are some of the most famous cartoon characters on the planet. However, they’ve arguably fallen out of the public eye a bit over the last few years.

If San Diego Comic-Con is any indication, though, that could be about to change. Warner Bros. has recently unveiled several new pieces of media starring the Looney Tunes and related characters.

As reported by Gizmodo we’ll soon be getting TV shows such as Tiny Toons Looniversity, Bugs Bunny Builders (pitched at a younger audience) and a new range of Looney Tunes shorts (including a Halloween special) on HBO Max. We’re also getting two new feature-length movies. Bye Bye Bunny is a musical about Bugs Bunny’s (presumably short-lived) retirement, while The Day the Earth Blew Up has more of a sci-fi flavour. Daffy Duck and Porky Pig are apparently at the centre of it, which could mean a return of the Duck Dodgers character.

Of course, the pertinent question here is whether some Looney LEGO sets could materialise. The LEGO Group has only dipped a couple of toes in this particular pool. A range of Looney Tunes Collectible Minifigures coincided with Space Jam: A New Legacy, while the BrickHeadz theme gave us 40559 Road Runner & Wile E. Coyote.

The sheer mass of content being generated here does open up some possibilities, though. We suspect the Disney Mickey & Friends sets could serve as a template, as could some models in the Marvel theme. A range of sets has been released here to accompany Spidey and His Amazing Friends, an animated Spider-Man film aimed at younger Marvel fans.

At the same time, the more violent Looney Tunes characters (like Elmer Fudd and Yosemite Sam) could prove a sticking point in meatier LEGO releases. And even with these new shows and movies, Looney Tunes may still not be relevant enough for The LEGO Group to consider.

As such, you may want to keep your expectations in check. But now could be the best time yet for LEGO Looney Tunes to make a reappearance.