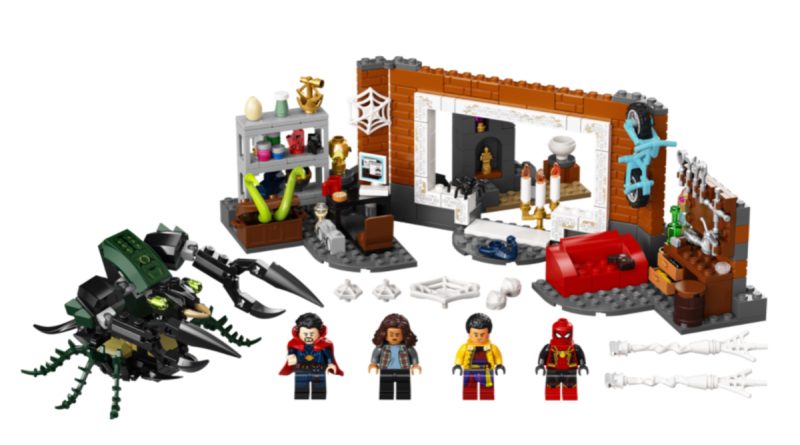 Designer Mark Stafford dangles a carrot for LEGO Spider-Man fans, suggesting that a significant set based on No Way Home isn’t out of the question.

LEGO designer Mark Stafford cut his teeth on themes like Exo-Force and Agents and worked his way up through Ninjago and Legends of Chima. These day he’s better known for his work on superhero themes having created Wonder Woman sets, Batman sets and epic builds such as 76178 Daily Bugle, culminating in the recent 76215 Black Panther bust.

In a recent interview with MiniSuperHeroesToday, conversation turned to his involvement with sets related to Spiderman: No Way Home, and the fact that it was only his set, 76185 Spider-Man at the Sanctum Workshop, that reflected the film accurately. He was asked if it was possible that fans would see more sets based on the film, or whether the moment had passed?

He turned to the bust of Black Panther, sitting on the desk next to him, to illustrate his point.

“The thing to bear in mind… the third biggest superhero movie of all time was Black Panther when we made this (76215), and this is coming out several years after that movie. Now ‘Now Way Home’ is the third biggest of all time, it would be crazy not to consider it for future stuff.”

He followed that statement up with the usual caveats – it’s just for consideration, can’t speculate any further and so on – but it’s a delicious prospect for LEGO Spider-Man fans. Stafford had already talked about his work on 76178 Daily Bugle, and how the overwhelming amount of detail in that set had appealed to the comic book fan in him.

Could we see a major set based on No Way Home? Right now it’s just a question mark hanging over the table, but Marvel sets are very popular and the recent Half Year results show that LEGO fans are still buying. Watch this space – your friendly neighbourhood Spider-Man might just be swinging in with a new set.

You can help Brick Fanatics by purchasing your LEGO via our affiliate links. Thanks.