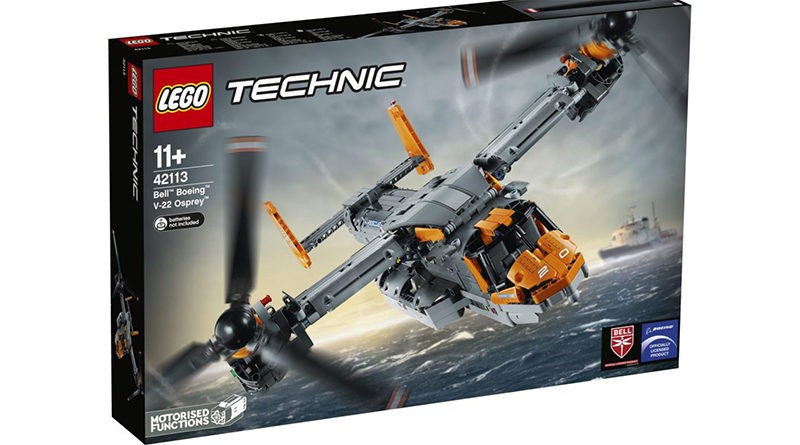 Despite the LEGO Group claiming that LEGO Technic 42113 Bell Boeing V-22 Osprey Helicopter has been cancelled, two of the UK’s biggest LEGO stockists sold the sets across their stores.

The LEGO Group recently “cancelled” Technic 42113 Bell Boeing V-22 Osprey Helicopter, despite the set being just 10 days from its official release. The extreme move came about after a peace group began a campaign to highlight that the set goes against the LEGO Group’s claim “not to create sets which feature real military vehicles”, causing the company to reevaluate the partnership with Bell Boeing.

After the cancellation of the set was announced, the LEGO Group acknowledged that orders for the products had been taken and shipped to stores, so some sets might be sold by mistake. It was claimed that this was likely to be small retailers rather than large chain stores.

Despite all of that, fans were able to order and purchase the sets at Argos and Smyths Toys – if they were quick. The product sold out within an hour at Smyths across the UK.

It makes the claim that the company decided “not to proceed with the launch of this product ” a bit odd. If a product is manufactured, sold, distributed and then sold to the public, has it been cancelled? A more accurate statement would be that the LEGO Group has decided not to manufacture further sets and that the product will no longer be distributed once the initial stock has sold out.

To add to the intrigue around this set, a pretty major design flaw was discovered once fans had built it.