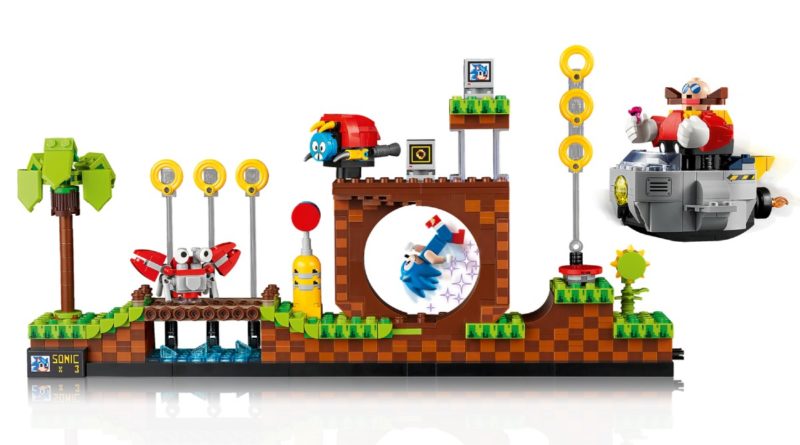 One change to the recently released LEGO Ideas 21331 Sonic the Hedgehog – Green Hill Zone can help Sonic spin around the loop automatically.

The first LEGO Ideas model launched in 2022, 21331 Sonic the Hedgehog – Green Hill Zone, included several elements from the original video game, though one of them was more of a display model than a functional creation. Loops are a classic part of Sonic the Hedgehog, with players needing to gather enough speed to make it round.

Inspired by that gameplay element, one half of LEGO YouTube channel JK Brickworks Jason Alleman has used his familiarity with motorising models to recreate the gameplay within 21331 Sonic the Hedgehog – Green Hill Zone and live-streamed the development process – demonstrating exactly what you need to do.

Be warned, the live stream is over an hour long and shows the creation of a manual mechanism for spinning Sonic. However, a shorter clip has also been released for those with less time on their hands.

As depicted in the videos, the Sonic minifigure is attached to the device using a neck attachment and positioned so that his legs are just above the curved bricks of the loop. This allows him to be spun as fast as you want while lowering the risk of damage to the minifigure, or breaking the model.

21331 Sonic the Hedgehog – Green Hill Zone, the 39th LEGO Ideas set, is available now on the official online store and you can read our detailed review featuring a gallery of images to see what else awaits you in the game-inspired build. In other LEGO Ideas news, the first 2022 review round is currently at 24 projects.