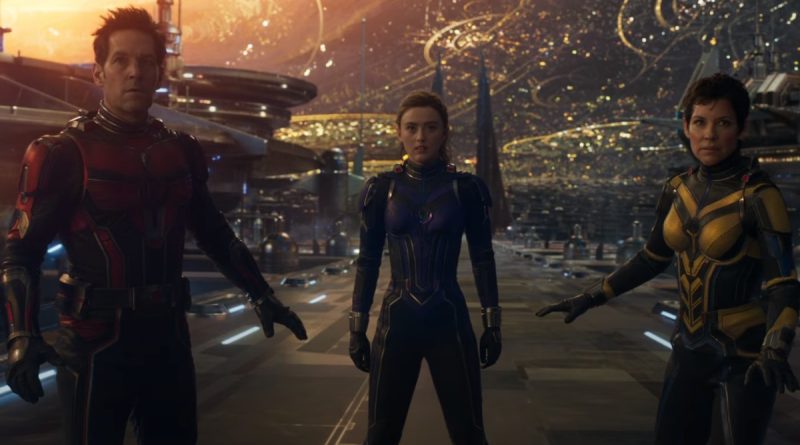 Rumours of an Ant-Man and the Wasp: Quantumania LEGO Marvel set may be more exciting with the best look yet at three new superhero suits.

The first trailer for the third Ant-Man Marvel Studios film has revealed our best look yet at the new suits for Ant-Man and the Wasp and a new outfit for Cassie Lang. In the comics, Cassie Lang goes by the superhero identity of both Stature and Stinger, depending on the comic run.

According to rumours, a set with the number 76256 is coming for the third Ant-Man film. With Ant-Man and the Wasp Quantumania releasing on February 17, 2023, it seems likely that we’ll see whether there’s any truth to these reports by early 2023.

Provided there is a LEGO Ant-Man and the Wasp Quantumania set on the way, it’s likely going to need some minifigures, and the trio’s new outfits offer the perfect inspiration.

Both Ant-Man’s and the Wasp’s outfits have been updated from their previous movie’s designs, which have minifigures thanks to 76109 Quantum Realm Explorers.

Cassie’s suit is brand new and with a purple design. However, these new outfits in the third film include additional details such as updated shoulder pads and a circular space in the chest. The latter detail is present across all three suits, meaning it may have some importance in the film.

As well as these three characters, all of which would make great minifigures for the film, Kang the Conqueror, or at least one of his many variants, could be the fourth minifigure in the rumoured LEGO Ant-Man and the Wasp: Quantumania.

At the time of writing, no future LEGO Marvel sets have been confirmed other than 76210 Hulkbuster, which launches on November 9, or November 4 for VIP members.