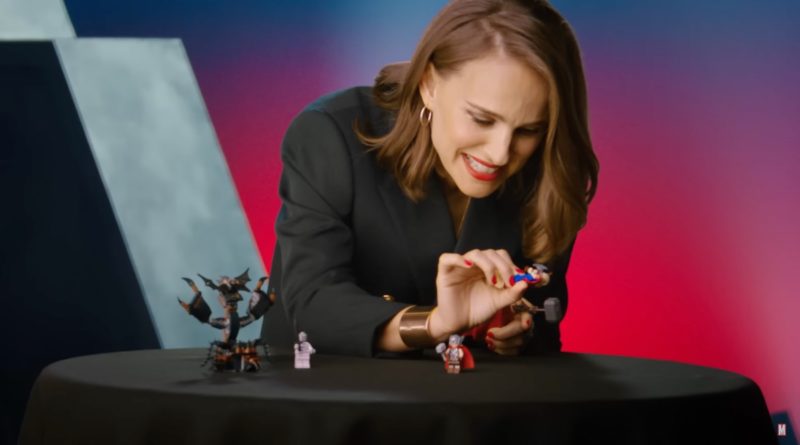 The cast of new Marvel Studios movie Thor: Love and Thunder took a closer look at LEGO 76207 Attack on New Asgard and 76208 The Goat Boat while promoting the latest instalment of the MCU.

Chris Hemsworth, Natalie Portman, and Tessa Thompson were given a surprise reveal of both new LEGO sets released for the latest MCU movie, as well as Hasbro action figures depicting characters from the movie – including Thor, Korg, Valkyrie, and Jane Foster (The Mighty Thor), as well as the Asgardian goats, Toothgnasher and Toothgrinder. The film’s director, Taika Waititi joined the actors for the reveal, stating: “My kids are gonna love this!”

Marvel Entertainment produced this short YouTube video as an alternative to a traditional press junket session, and the movie stars certainly seemed to appreciate a break from the serious business of promo interviews.

As you can see, the cast members were impressed – immediately going into ‘play mode’ after seeing the toys laid out in front of them. The two new LEGO Thor: Love and Thunder sets are available at LEGO.com now, joining the rest of the Thor collection:

Thor: Love and Thunder hit the big screen this week and is set to draw in big crowds at cinemas up and down the country this weekend.