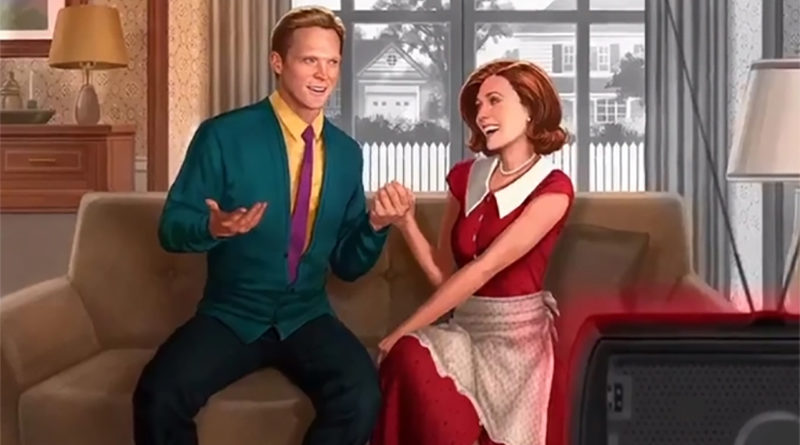 A trailer has been released for the new Marvel series, WandaVision, which will be coming to Disney+.

Coming next spring, WandaVision is one of the new Disney+ series set within the Marvel Cinematic Universe. Elizabeth Olsen and Paul Bettany will reprise their roles as Wanda and Vision in a story set after Avengers: Endgame, suggesting that the title of the show reveals a lot about where it will all be taking place.

It seems that the pair will be popping up in a variety of different eras of classic television, as shown in various snippets included in the trailer.

With Kathryn Hahn seemingly playing Agatha Harkness, and inspiration being taken from Marvel’s House of M and Vision comic book series, the show is offering something different from what has been done on the big and small screen so far.

Whether the more pedestrian setting will give the LEGO Group much to work with is debatable, but it at least offers the opportunity for the LEGO Marvel theme to deviate from blue bikes, blue trucks, blue 4x4s and other blue vehicles.