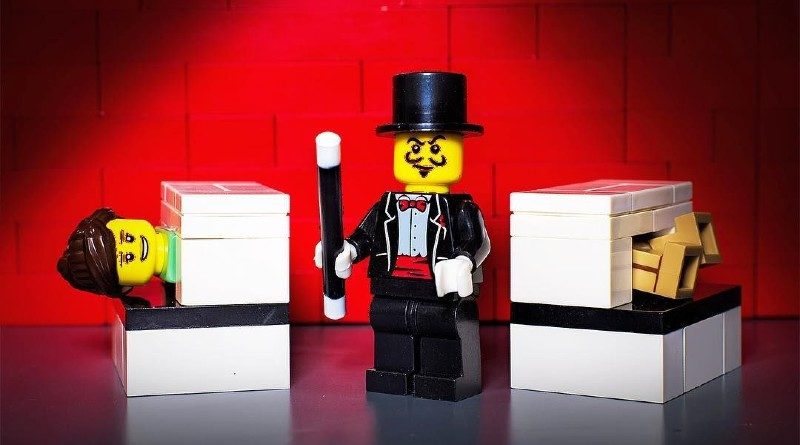 A Master Model Builder has taken to TikTok to show off some LEGO illusions as well a behind-the-scenes look at a LEGOLAND Discovery Centre.

Every LEGOLAND Discovery Centre has a resident Master Model Builder, a certified LEGO expert who works to take care of and create new models, as well as apparently reveal some LEGO techniques on the video-sharing platform, TikTok.

The Master Model Builder for Arizona’s LEGOLAND Discovery Centre, Alec Posta, created an account on TikTok at the start of 2021 to showcase some of his work, with a recent video highlighting some LEGO magic tricks.

Alec decided to keep all the illusions housed within some upscaled LEGO bricks, with the first revealing a secret compartment and a minifigure inside. The last one featured what appeared to be a normal black brick, but with a toothy interior.

However, it was the second trick that confused most viewers, with the inside of a brick seemingly changing in a split second. In a follow-up, the Master Model Builder explained the trick with an inner wall separating two interiors and fast hand movements making the detail invisible in the moment.

Other videos on the account include a guide of some references in the nearby Miniland and other LEGO builds. It provides a great way to look behind the curtain of the role at the LEGOLAND Discovery Centres at a time when many may not be able to visit them.