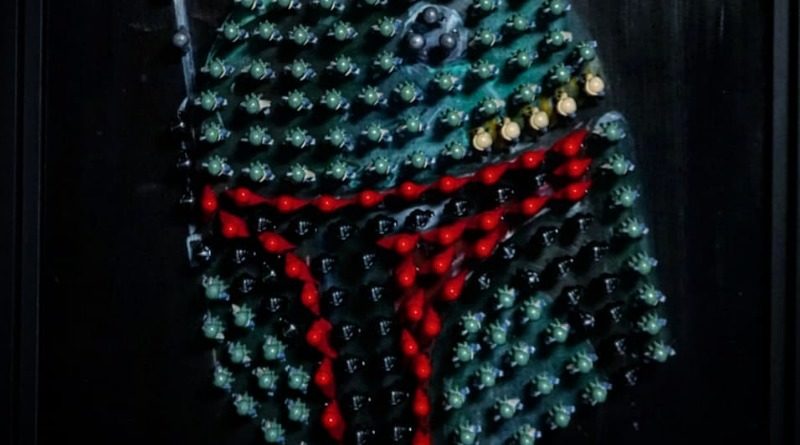 There’s a very deliberate use of colour in the design, which draws heavily (and fittingly) on dozens of sand green Boba Fett minifigures. But there’s also a thematic link between the characters: TIE Pilots fill in the black visor, while Royal Guards paint the red strokes that surround it. Tan is provided by Shore Troopers, while silver detailing is capped off by Captain Phasma. They may not all come from the same film, or even the same trilogy, but these are all Star Wars baddies.

The result is an absolutely incredible piece of LEGO art. And, we’re sure, incredibly expensive: all those minifigures won’t have come cheap. For example, we count an eye-watering 97 Boba Fetts in the mix. The version andrawgaming has used is worth around £11 on BrickLink, based on the average price of used items currently for sale. That means there’s roughly £1,067 in Boba Fett minifigures alone in these images.

Somehow, we don’t think the LEGO Art team will be swapping out tiles for minifigures anytime soon.