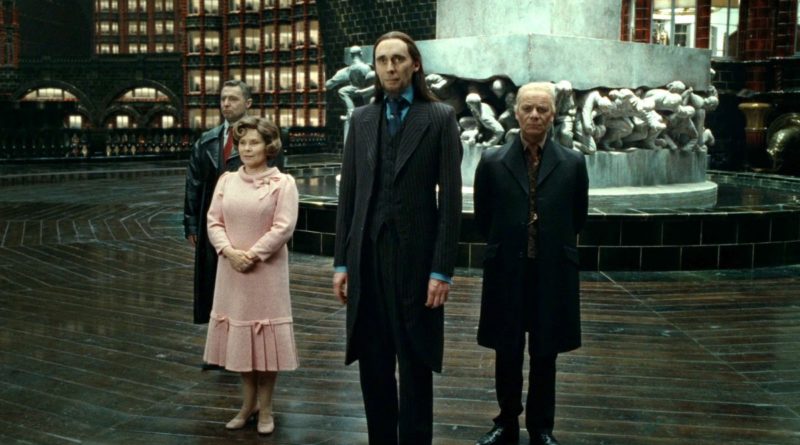 More details have surfaced on the rumoured LEGO Harry Potter summer 2022 sets, which are said to include a handful of brand new characters.

The first word on the summer wave emerged over the weekend from Promobricks, pointing to a mix of sets from across the entire Harry Potter saga. Further reports from StoneWars then suggested that one of those products, 76403 Ministry of Magic, could actually be based on Harry Potter and the Deathly Hallows – a book (and movies) the LEGO Group has previously shied away from.

That’s thanks to the supposed minifigure line-up for the set, which StoneWars reports differently to Promobricks – and which seemingly distinguishes it as a Deathly Hallows: Part 1 set, compared to the original conclusion that it’s based on the Order of the Phoenix. The Ministry of Magic appears in both films, but certain characters firmly position it in one over the other.

While Promobricks originally claimed 76403 Ministry of Magic will include Lucius Malfoy and another minifigure that could be Fenrir Greyback, StoneWars reports that it will actually include Corban Yaxley, who was the Head of the Department of Magical Law Enforcement in Harry Potter and the Deathly Hallows.

Given both characters sport similar blonde hair, it’s easy to see why one could be confused for the other from low-resolution, preliminary catalogue images – which is presumably what both Promobricks and StoneWars are basing their descriptions on. StoneWars also says the set’s eighth minifigure – in addition to Harry, Ron, Hermione, Yaxley, Dolores Umbridge, two Dementors and Arthur Weasley – is ‘unspecified’.

The two sources’ reports are otherwise largely identical with regards to the finer details, although StoneWars is also not as convinced that 76401 Hogwarts: Sirius’s Rescue’s fourth minifigure will actually end up being Ginny Weasley. The other three rumoured characters are Harry, Hermione and Sirius Black, all of whom make sense in the context of the set, which is said to be based on the Prisoner of Azkaban.

Ginny is less relevant to the scene – in which Harry and Hermione use the Time-Turner to help Sirius escape Hogwarts – so StoneWars’ assertion that her minifigure is simply a placeholder for now does make sense.

We’ll know more if and when the LEGO Group confirms and reveals these sets, but all this information should be treated lightly until that point. Click here for a summary of every rumoured LEGO Harry Potter set apparently coming our way in summer 2022.