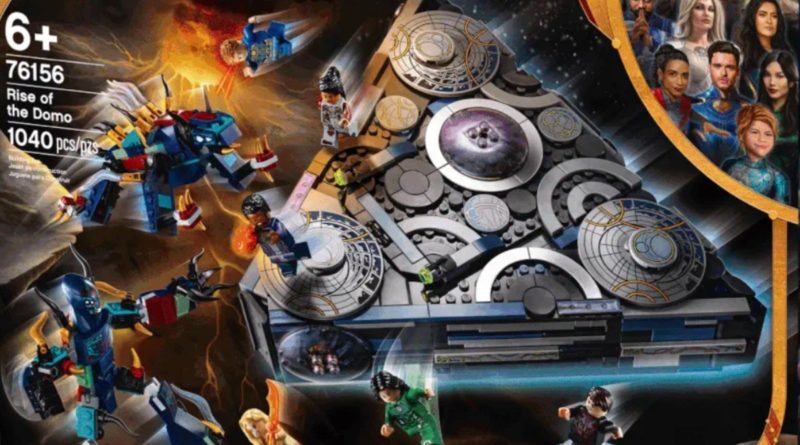 Better images for the new LEGO Marvel Eternals 76156 Rise of the Domo have been revealed, including a close look at the interior.

Anyone wondering what lies within the inside of the triangular Eternals spacecraft finally have the answer they’ve searched for thanks to Marvel, who have released a few more images for the upcoming set ahead of its likely imminent listing on the official online store.

The second of the three images provided gives us the clearest look yet at the interior of the Domo itself, as well as what accessories will come with the ship. With such a unique shape, the LEGO designers have worked to include as many rooms as possible whilst remaining authentic to the source material as seen in the recent trailer.

Whilst one of the folding walls contain weapon racks and holders for the various tools used by the Eternals, the other seems to act as a hanger door for a small vessel, a useful vehicle considering that a few of the team aren’t gifted with flight.

A central corridor connecting each room is decorated with the same golden circles that adorn the outside of the ship and the Eternals’ various uniforms. Those shapes also form three access points into the ship, amplifying the unique design of the spacecraft.

No release date for 76156 Rise of the Domo or any of the Eternals sets have been announced but rumours suggest that they could launch in October before the corresponding film’s November 5 release date. 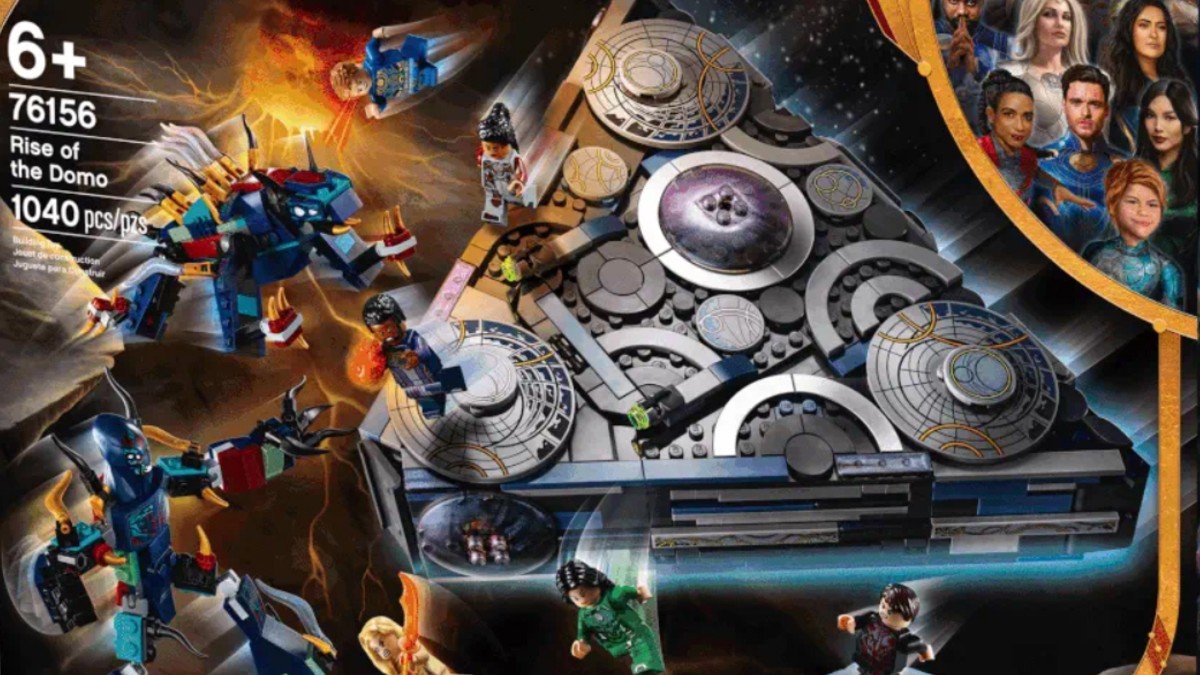