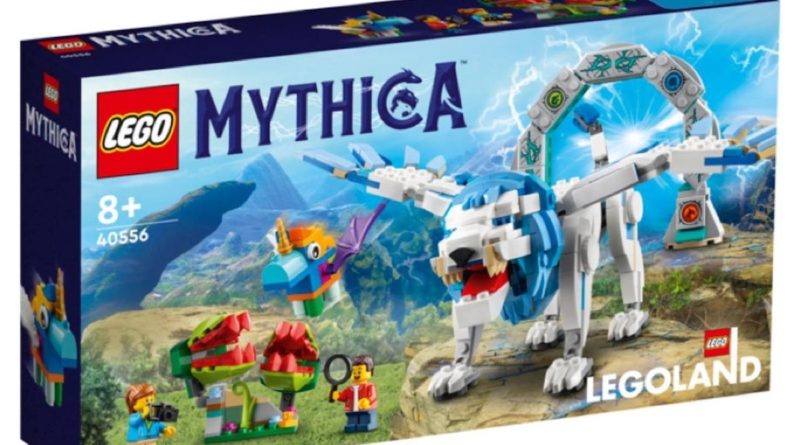 Following a recent first look at the upcoming LEGOLAND exclusive set, new details have now been revealed for 40556 Mythica.

This year’s LEGOLAND exclusive set has recently been revealed to be 40556 Mythica, based on the park attraction of the same name that opened in 2021. MYTHICA is the latest addition to LEGOLAND Windsor and features a variety of magical creatures, new rides and plenty of fun for all the family.

Now, thanks to The Brick Fan, more images have emerged of the set, showing the front and back of the box. In addition, 40556 Mythica is said to include 520 pieces, with the Sky Lion called Maximus and the Alicorn named as Bitsandbobs. The latter may seem familiar, as a version of the creature also appeared in 10401 Rainbow Fun, a 60 Years of the LEGO brick set that was released in 2018.

There’s still word yet on when 40556 Mythica may be available for purchase at the park and Discovery Centres or what price it will retail for. The LEGO Group has yet to confirm the existence of 40556 Mythica to date, but we’ll update this story as soon as we have any additional information.