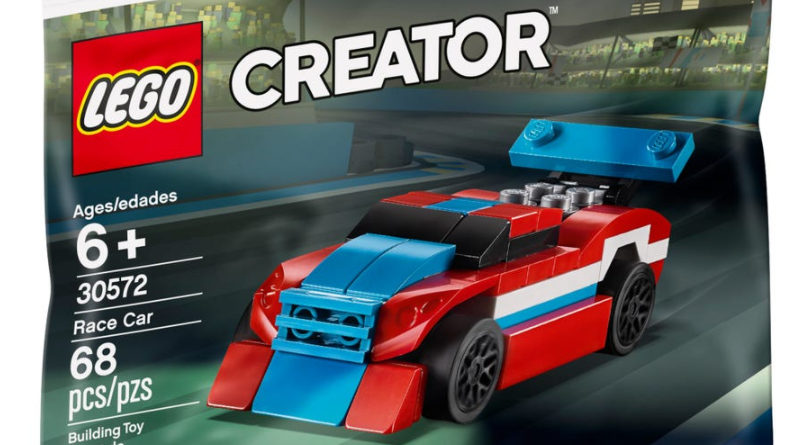 The official online LEGO store’s selection of polybags has expanded with another CITY and Creator set added to the range, as well as restocking the others.

Two more polybags have expanded the current catalogue of miniature models available from LEGO.com, adding to the Marvel, Minecraft and other sets discovered just a couple of weeks ago.

The LEGO Group is continuing to make polybags more accessible to fans via its online store with Creator 30572 Race Car and CITY 30363 Race Boat now a part of the 15 total models available.

The 2019 polybags are an unusual sight when compared to the others which are all from the 2020 range, including LEGO Marvel 30453 Captain Marvel and Nick Fury which contains an exclusive minifigure of the titular hero in her green suit, a colour scheme only otherwise available in 77902: Captain Marvel and the Asis which was available exclusively at San Diego Comic-Con.

Speaking of that mini Marvel model, it’s back in stock at the UK online store after being briefly unavailable. There’s no word on how long any of these collectable sets will stick around so be sure to pick them up if you still need them.

There’s still no sign of polybags being made available for those of you in the US but hopefully they’ll make their way to you soon.