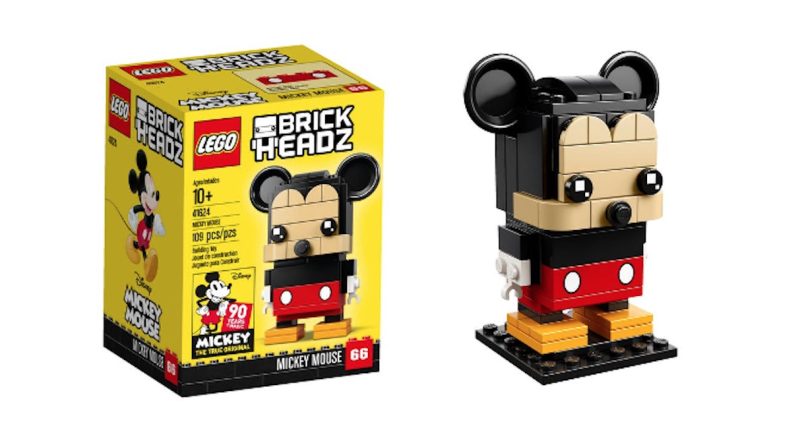 Details of four rumoured Disney-themed LEGO BrickHeadz models have emerged, with the sets said to be launching from February 2023.

Following listings of potential set numbers and themes for LEGO BrickHeadz rumoured to be arriving next year, new details have now emerged regarding more possible Disney-based characters. Instagram user greekbricks is reporting four LEGO BrickHeadz sets may be launching from February 2023, based on a number of popular Disney animated properties.

Details state that the LEGO BrickHeadz models could be part of Disney’s 100 Years of Wonder anniversary event, with a rumoured LEGO CMF also said to be arriving at some point in 2023. First up for release on February 1 may be a four-pack of 40622 Steamboat Mickey, Oswald, Snow White and Tinkerbell, which could retail for $40 / €40.

Then on March 1, we may see the arrival of more sets in the shape of 40619 Cruella and Maleficent, 40620 Eve and WALL-E and 40621 Moana and Merida. All three LEGO BrickHeadz two-packs are said to retail for $20 / €20, which would certainly put them in the same price bracket as existing models

We’ve summarised the latest information on the listings in the table below.

There’s been no announcement from the LEGO Group regarding the sets to date, so do treat all of the above information with the utmost caution for now.