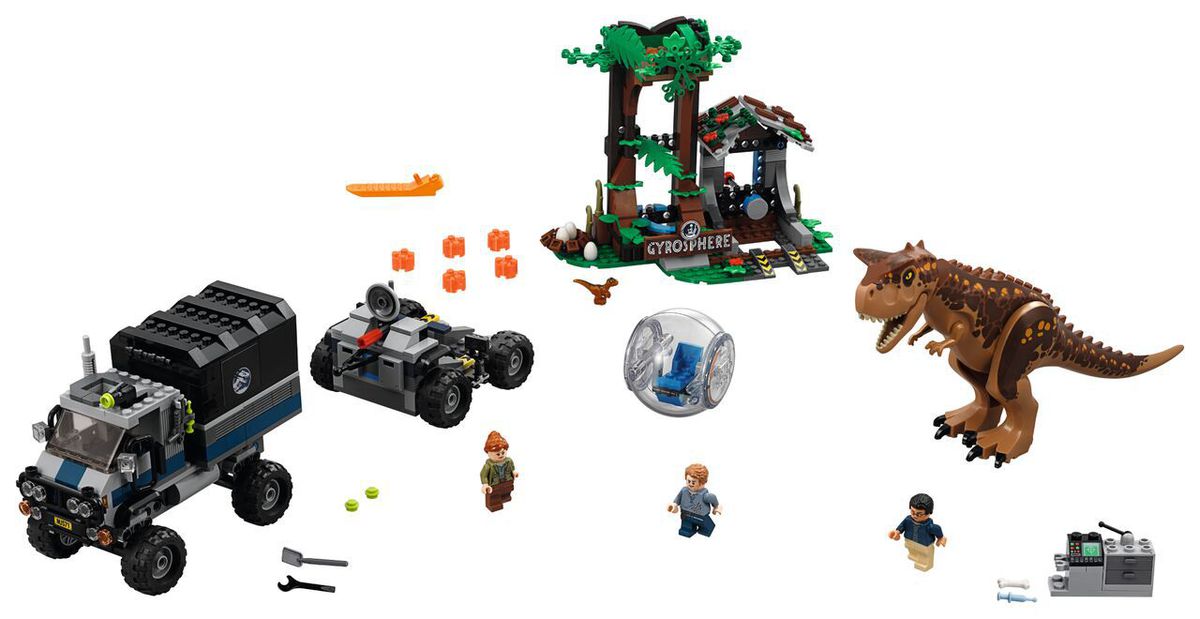 LEGO Jurassic World will be back, ready for the release of Fallen Kingdom – and now, more of the new sets have been revealed.

Seven new LEGO Jurassic World sets have been revealed by Mashable – well, six if you discount the Duplo one – revealing the new dinosaurs, locations and vehicles that will make up the range. Some of them even contain movie spoilers, so be aware of that if you keep scrolling down.

Here are the images and set names for the products that are due for release in April:

75926 Pteranodon Chase, 75927 Stygimoloch Breakout, 75929 Carnotaurus Gyrosphere Escape, and 75930 Indoraptor Rampage at Lockwood Estate will all be part of the main theme and offer a variety of builds with the dinosaurs. There are vehicles, locations and dinosaur cages, which will be a relief to any fans of the theme who feared nothing but armoured trucks after seeing the trailer. Online retailers will need some luck selling 75927 Stygimoloch Breakout, as that is not a search engine friendly spelling at all.

10756 Pteranaodon Escape and 10757 Raptor Rescue Truck will be part of the LEGO Juniors line, offering a more simplified Jurassic building experience. As for the most basic building blocks of them all, Duplo fans will have to make do with 10879 Gentle Giants Petting Zoo being based on a scene from Jurassic World rather than the new sequel – will the under three crowd notice?

Two more sets are expected, based on rumoured information – a T-rex transport set based on Jurassic World: Fallen Kingdom, and a Raptor escape set based on the original Jurassic Park film.