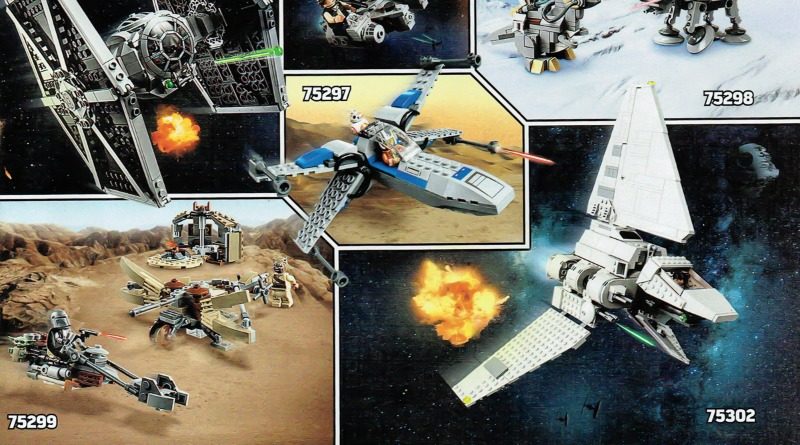 Three more LEGO Star Wars sets for 2021 have been revealed in an official instruction booklet, including 75302 Imperial Shuttle.

Hoth Bricks has posted hi-res scans of an instruction manual for one of the upcoming LEGO Star Wars sets. The spreads show off all the products coming next year – and while we’ve already seen some of them, there are a few that are brand new:

The Resistance X-wing is a new 4+ model, targeted towards younger builders. The Imperial Shuttle, meanwhile, will reportedly follow in the footsteps of next year’s 75300 Imperial TIE Fighter and 75301 Luke Skywalker’s X-wing Fighter, offering an iconic ship at a cheaper price point.

The scans also show off the minifigures included with the sets. The Resistance X-wing – which is a 4+ model – comes with Poe Dameron and BB-8; an AT-AT driver and Hoth rebel soldier accompany the Microfighters two-pack; and the Imperial Shuttle includes Darth Vader, Luke Skywalker and a pilot.

All three of these models are expected to launch on January 1, 2021. That brings the total number of LEGO Star Wars sets arriving in the new year to seven, adding to the already-revealed list below:

Click here for a closer look at the new set based on The Mandalorian, 75299 Trouble on Tatooine.