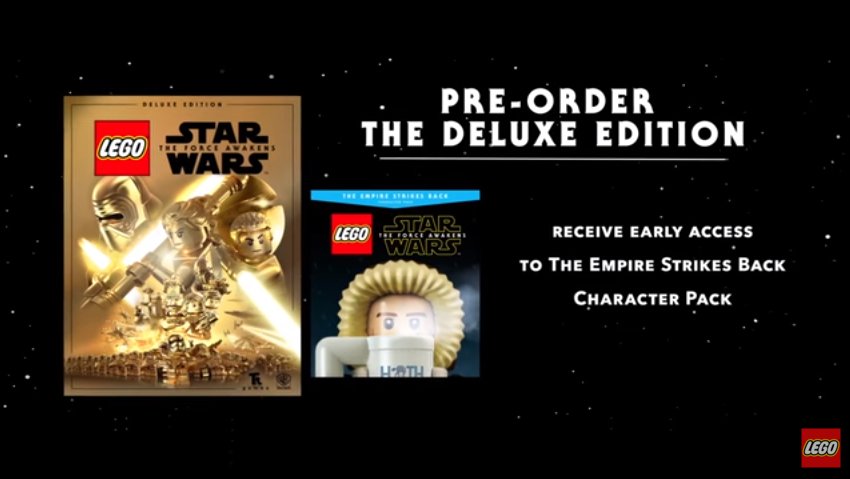 Have you watched the gameplay trailer for the upcoming LEGO Star Wars game yet? Well there is actually more then one version! they have left an easter egg at the end of one of them showing yet another DLC pack, the pack will be the Empire Strikes Back Character Pack. Now things are not 100% clear yet to how you obtain this, there is thinking it will be packaged within the Deluxe edition of the game or be part of the games season pass.

Now on top of that gaming bombshell, our American friend Allan over on The Brick Fan has revealed a Gamestop exclusive Jabba’s Palace Character Pack. Now no word yet as to how us in the UK can obtain this DLC pack but I suspect it’s only a matter of time until we do! Here is more on this pack:  The dregs of the galaxy’s criminal underworld come to LEGO Star Wars: The Force Awakens with Jabba’s Palace Character Pack. This character pack includes the mighty Jabba the Hutt and his loyal retainers Bib Fortuna, Malakili and Gamorrean Guards, plus the bounty hunter Booush, dancer Oola, and Princess Leia in her Jabba’s barge costume.

The game is getting more and more exciting for Star Wars fans, are you looking forward to it?