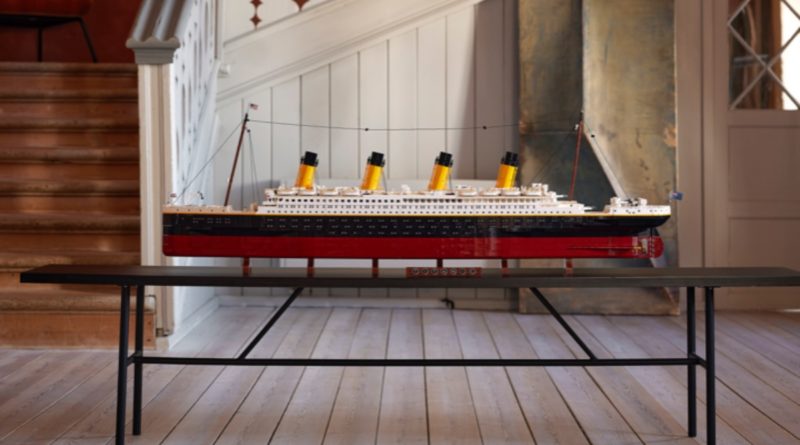 LEGO for Adults 10294 Titanic launched not long ago as a massive model with a narrow interior, but it turns out that motors can still fit inside it.

Reddit user bertr0id has managed to motorise LEGO for Adults 10294 Titanic, allowing the realistic propellers at the back of the set to spin realistically. The first version of this concept featured an error in how the propellers spun but has now been corrected with a second iteration.

With 9,090 pieces, the interior space of 10294 Titanic is spacious, but narrow with only the bottom deck being large enough to fit in any motors, batteries and cables. However, you may have thought this to only be possible by removing the brick-built engines that are already placed in that area.

Despite this, the Reddit user has managed to slot in the required elements to motorise both the trio of propellers and duo of engine models that are featured in LEGO for Adults 10294 Titanic.

Quickly rotating around the build in the provided video, we can see that the battery has been placed outside the Titanic recreation, though the cable going to the inside suggests that at least one motor is placed in the interior, though it might also be below next to the display stand.

LEGO for Adults 10294 Titanic is out now, though is currently out of stock on the official online store. You can take a closer look at the model in the corresponding designer video, which is the longest one ever made.