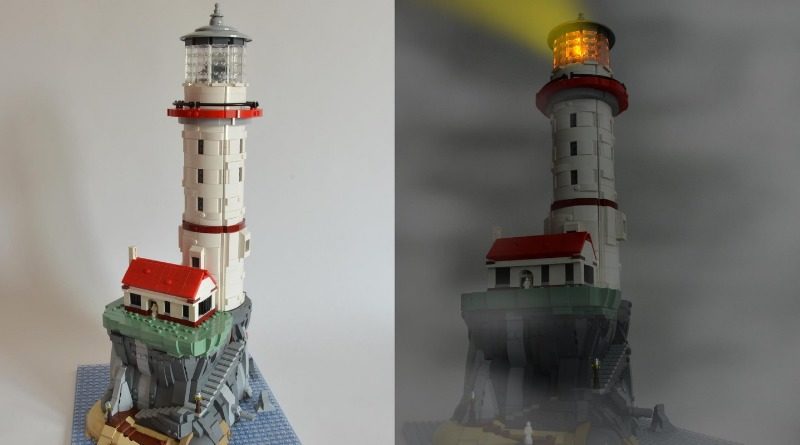 The LEGO Group may soon be adding yet another lighthouse to its line-up, courtesy of one mechanically-minded LEGO Ideas user.

Roses Must Build’s microscale Motorized Lighthouse has achieved the 10,000 votes required to progress to the platform’s review stage. The LEGO Ideas team will now weigh up whether to produce it as an official set.

The project took just six months to garner support, which is pretty impressive for a model that’s not attached to a licence. Even more impressively, it’s Roses Must Build’s first – and only – LEGO Ideas project. That’s the kind of success rate you can really build upon.

You can see his model in action in the video below. It uses a motor squirrelled away in its rocky base to control a rotating light brick at the top of the lighthouse.

The LEGO Group has a peculiar affinity for lighthouses. In recent years, they’ve appeared across CITY, Creator, Friends, Hidden Side and even NINJAGO. That suggests the company may have a lot of time for Roses Must Build’s project. Or it may simply decide that it conflicts with the company’s existing products. We’ll have to wait until next year to find out for sure.