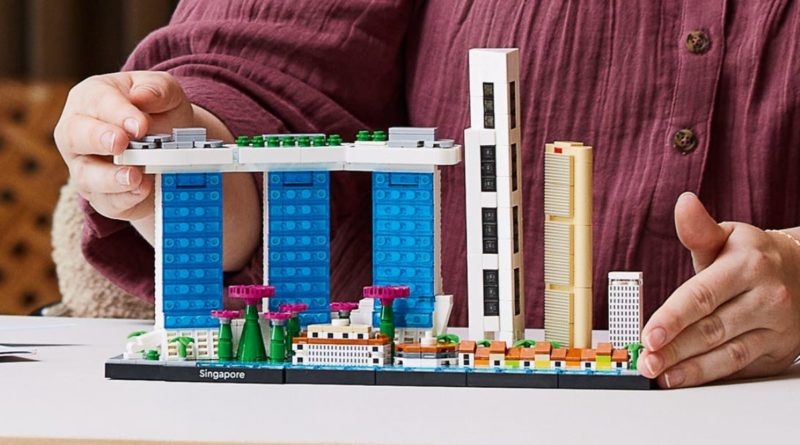 As LEGO Icons becomes the umbrella for most 18+ themes, might it be sensible to include the popular but underserved Architecture theme as well?

As we reported recently, the LEGO Star Wars design team feel that ‘they don’t have any advantage over other themes’. Maybe not, but as probably the most popular theme in the LEGO portfolio, they certainly get the lion’s share of the shelf space. In 2022, the Star Wars theme got nearly 40 new sets, and while some of them were polybags or GWPs, that’s still quite a haul.

Compare that to the oft-neglected Architecture theme.  Ten months into 2022 and we’ve seen a grand total of two sets, 21057 Singapore and 21058 The Great Pyramid of Giza. It’s possible there’s another Architecture set just over the horizon, but until we’ve had confirmation from the LEGO Group, we’ll put that to one side.

But it would seem that the powers that be at Billund have recognised the interest – and buying power – of adults in the LEGO market and more to the point, the marketing team have recognised it too. Many adults new to the hobby may have found themselves browsing the LEGO.com site, or wandering the aisles of a Brand store and been consequently bamboozled by the ranges on offer.

Earlier in the year, the LEGO Group issued a statement, saying “From June 1st, 2022, we will be uniting many of our adult focused LEGO sets under the name LEGO Icons to help our adult consumers easily to find new, immersive builds or models that link to their interests and passions.”

However, they went on to say, that the Icons range would only “span all of our sets designed for older builders that are not already part of an existing LEGO theme such as LEGO Technic, LEGO Ideas or LEGO Architecture.”

Both Technic and Ideas are strong selling ranges. Technic might not appeal to a wide range of LEGO builders but it has a dedicated following and is unlikely to need any help from the marketing gang. The Ideas theme is one of the most creative – and as a result popular – themes that’s available at present, with many Ideas sets selling out or going to back order quite quickly.

But pity the poor Architecture theme. It’s one of those ranges that are ideal for the burgeoning adult-oriented market, but with only a handful of sets available at any one time, the first time browser in a LEGO store could easily walk past and not realise it was there. If it were to be included in the Icons range, and marketed in a similar fashion, then while it’s unlikely to start outselling Star Wars sets any time soon, it could definitely see some well deserved growth.

If you’re interested in purchasing a LEGO set, then consider supporting Brick Fanatics at the same time, and buy it via our affiliate links. thanks.