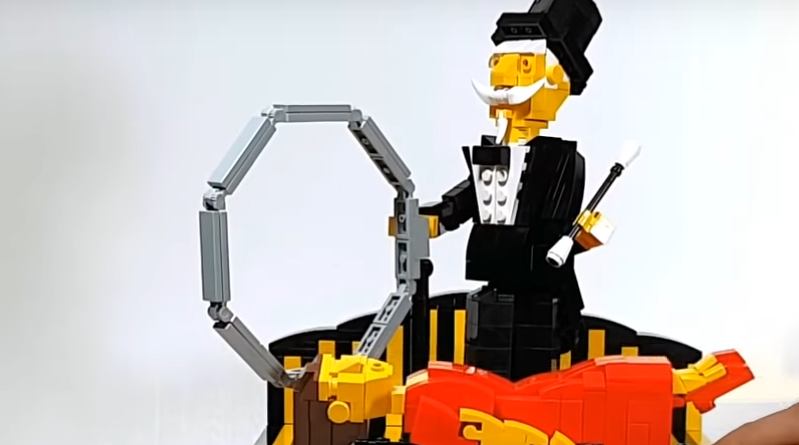 Based in Amsterdam, Teun de Wijs has been building LEGO models using motors for a while, but has recently received attention online after sharing his classic levitating women magic illusion build.

The Irish News picked up on the clever LEGO creation, demonstrating the power that motion in models can have.

“I think the best automata have some kind of gimmick, be it a mechanical wow-factor or a simple joke,” the LEGO fan said. His other builds include a moving snake charmer and jack in the box.

“Automata are mechanised imitations of life,” Teun said. “The first examples of kinetic art go back thousands of years, but I saw my first example some 30 years ago in a children’s magazine article about the Cabaret Mechanical Theatre, the world’s first automata museum in London’s Covent Garden.

“I was instantly mesmerised by the imagination, humour, skill and the inventiveness behind these moving sculptures, and begged my parents to take me and my sister there. The sweethearts eventually granted my wish, and I was in heaven!”

Teun’s love not just of the LEGO brick, but making moving models, goes back to childhood – his father even has film of him with his very first working LEGO build.

“It seems strange to me that there seem to be only a handful of people building automata from Lego,” he said. “The medium is just perfect for it, but the LEGO world seems to be rather strictly divided between Technic builders and sculptors.”