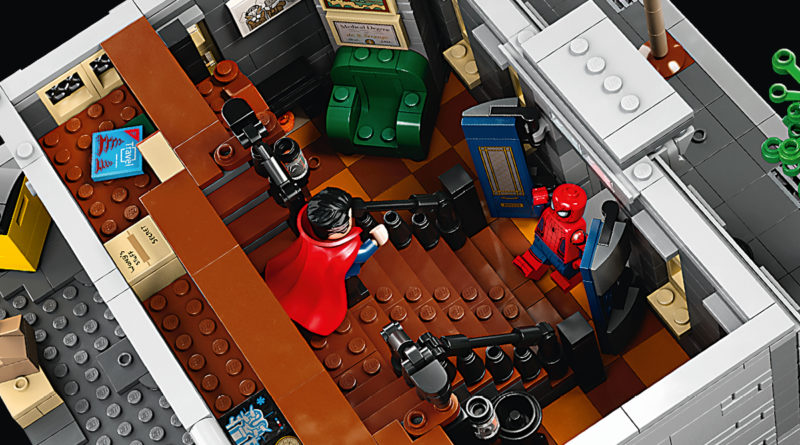 နောက်ဆုံးပေါ် Lego Marvel set offers a mighty building experience – and plenty of references to sniff out.

76218 Sanctum Sanctorum ခဲ့ တရားဝင်ထုတ်ဖော်ပြသ at Lego CON 2022, offering a new, massive Marvel building for you to construct. Depicting Doctor Strange’s base of operations, it appears to be compatible with sets in the Modular Buildings Collection – like 76178 နေ့စဉ် Bugle အဲဒါကို မှီတယ်။

With such a large build (and Doctor Strange’s appearance in several different Marvel movies) there are plenty of fine details to be found. Here are five of particular interest:

Sorcerors in the Marvel movies regularly interact with other dimensions, but the Dark Dimension is generally considered a no-go area. However, it seems to be referenced in a play feature of this set. By sliding pieces on the Sanctum’s exterior, a door can be made to show portals to various locales… including the Dark Dimension itself.

Sadly we cannot directly pass through it, but that may be a blessing considering the sinister entities that call it home.

Steven Strange famously works as a surgeon before the car accident that injures his hands. That turn of events is referenced with two elements in this set. Steven’s medical degree is displayed in the Sanctum’s ground floor, while an X-ray of one of his hands can be found here as well.

Other accessories in this part of the set include a pocket watch (a likely nod to Strange’s time-bending in the first movie) and a box of stuff belonging to Wong, Doctor Strange’s long-suffering assistant.

While most references in this set are to the Marvel Cinematic Universe, a distinctive red and gold staff is located in the Sanctum’s upper levels. This accessory has recently been used in the Monkie Kid theme, which is inspired by Chinese mythology. However, the specific design of this model reflects its original appearance in the စုဆောင်းထားသောအသေးစား ဆောင်ပုဒ်။

It’s not clear why this set uses the older hilt elements, but this is still a nice nod to a Lego theme in a licensed model.

The Ten Rings is a mysterious criminal organisation that has appeared in various guises within the Marvel movies. Most recently, it had a starring role in 2021 movie Shang-Chi and the Legend of the Ten Rings. It earns a reference here with a spot of graffiti on the Sanctum’s exterior, alongside a web decal referencing Spider-Man (who can also be found in this set).

The sinister Gargantos makes an appearance in this set, and can be positioned in a few different spots around it. One of these spots conceals a hidden chamber, which contains a chained book of magic and the Time Stone on a pedestal. As the first film’s MacGuffin (and one of the six Infinity Stones) its inclusion in this set is particularly welcome.