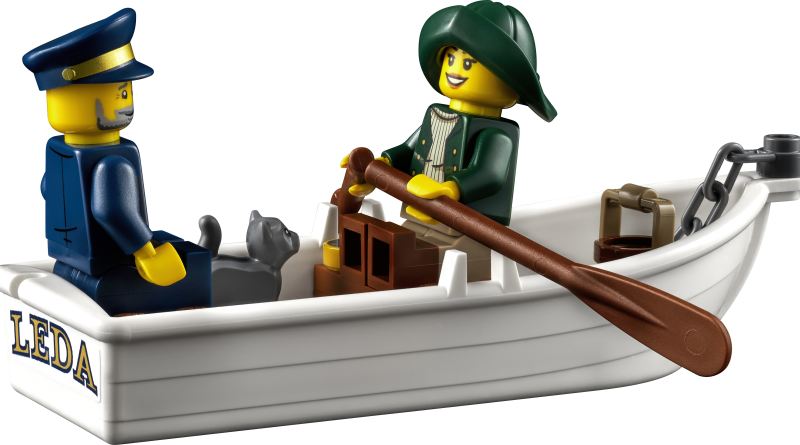 The upcoming LEGO Ideas 21335 Motorised Lighthouse is packed with plenty of details, including a mystery name for its small rowboat.

LEGO Ideas 21335 Motorised Lighthouse was officially revealed by the LEGO Group this week, with the 2,065-piece set based on an original fan design by Sandro Quattrini. The massive build features a three-floor model set on top of a small, rocky island, complete with hidden treasure cave and two minifigures.

In addition, 21335 Motorised Lighthouse also boasts a working light at the top, to fully recreate the set’s real-life subject matter. A handful of small accessories round out the 54 cm tall model, one of which is a rowboat that includes a sticker on the stern which reads ‘Leda.’

One quick Google later reveals that this refers to the name of an Aetolian princess who (in Greek mythology) became a Spartan queen. Following a brief fling with Zeus, Leda gave birth to four children, one of which was said to be Helen of Troy.

There doesn’t seem to be any obvious link between the sticker on the rowboat and the Greek princess, although it is entirely possible that the female minifigure in 21335 Motorised Lighthouse (or even the cat figure) also share the same name.

It may be that this sticker is also referencing the fan designer, Sandro Quattrini, in the same way that 21326 Winnie the Pooh featured Easter eggs to fan designer Ben Alder and his family.