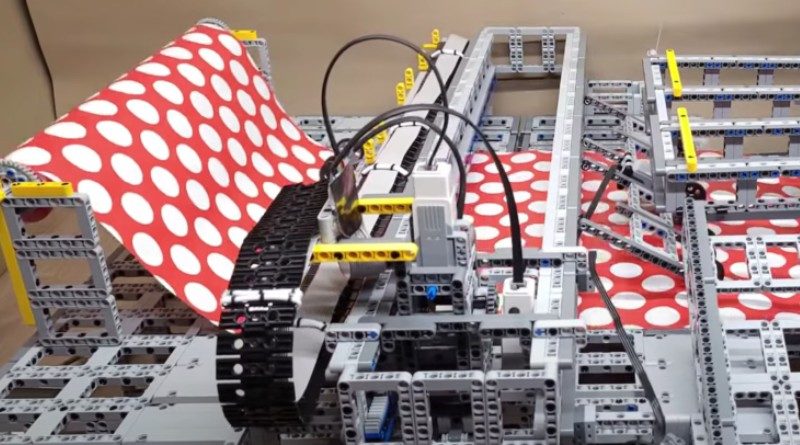 No matter your skill at wrapping, it would be nice to automate the process, now one LEGO fan is presenting a solution, and all you’ll need is a massive amount of Technic pieces.

The Brick Wall is addressing the long–time issue of gift–wrapping in their latest LEGO factory. The huge model was shown in action in a video uploaded to YouTube, with everything from Power Functions of MINDSTORMS EV3 used.

Each of the sets travels along a conveyor belt while at the other side of the factory, wrapping paper is measured and cut. The gift is then raised into the wrapping paper, where the sides are pushed together neatly, before being securely taped and sent on another conveyor belt ready to be unwrapped.

It might be easier for fans to stick to manual wrapping as The Brick Wall mentions that they almost ran out of bricks while constructing this behemoth of a build. However, it is possibly one of the most impressive ways to wrap a gift, there’s even a Technic truck and trailer to transport the gift to the lucky recipient.