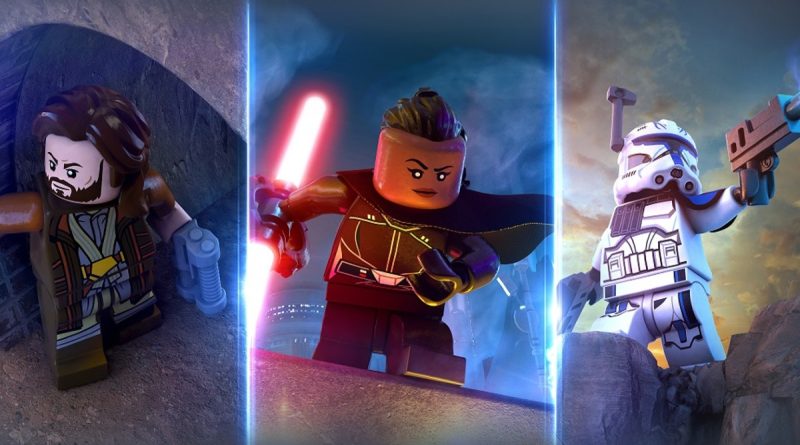 LEGO Star Wars: The Skywalker Saga is getting six new DLC packs later this year, so here are all the characters we reckon will be in the mix.

Announced at D23 Expo over the weekend, LEGO Star Wars: The Skywalker Saga’s Character Collection 2 will consist of six character packs, each taking inspiration from a Disney+ special or series. As well as recent or upcoming live-action shows like The Book of Boba Fett, Obi-Wan Kenobi and Andor, the game will also add new characters from animated series The Clone Wars and Rebels.

TT Games has yet to reveal exactly which minifigures will feature in each of the six packs, but we can make educated guesses based on the most popular characters from each of the respective series. Check out our thoughts below, and let us know whether you agree or disagree in the comments.

Let’s start with a relatively easy one: this summer’s Obi-Wan Kenobi TV series, which already has three tie-in LEGO sets in 75334 Obi-Wan Kenobi vs. Darth Vader, 75336 Inquisitor Transport Scythe and 40547 Obi-Wan Kenobi and Darth Vader. Spread across those sets are eight different minifigures, all of whom we’d expect to see in LEGO Star Wars: The Skywalker Saga.

We’d also love to see Owen Lars, and even Qui-Gon Jinn as a Force Ghost, but we’re being realistic here. (Previous Character Packs have topped out at seven new minifigures.)

Things get a little trickier here, as Andor has yet to debut on Disney+. We know of at least three characters that are sure bets from 75338 Ambush on Ferrix, the series’ only LEGO set so far, but beyond that we’re left guessing from the show’s various trailers. Based on those, here’s what the Andor Character Pack line-up could look like for LEGO Star Wars: The Skywalker Saga…

More characters that deserve to make the cut will surely become self-evident when the series arrivces on September 21, but this is a solid starting point.

The Book of Boba Fett

“Boba’s back? Boba’s back?! Where?” Who knew the answer to Han Solo’s frenzied questioning in Return of the Jedi would be ‘on Disney+ in 2021’? The veteran bounty hunter originally made his small-screen comeback in The Mandalorian, before spinning off into his own show, The Book of Boba Fett. There are plenty of characters that could make the cut from 75326 Boba Fett’s Throne Room alone, but here are the most likely candidates in our book.

Variants of The Mandalorian and Fennec Shand could also be viable (if dull) choices, while outside candidates include Twi’lek Majordomo and 8D8.

With seven seasons to draw from, the list of potential The Clone Wars characters in LEGO Star Wars: The Skywalker Saga could easily fill an entire game all on their own. (In fact, two seasons alone managed it in 2011’s LEGO Star Wars III: The Clone Wars.) For this list, we’ve focused on the series’ most iconic characters that didn’t appear in any of the nine The Skywalker Saga movies.

Clone Wars variants of Anakin Skywalker and Obi-Wan Kenobi could also fit here, but hopefully not at the expense of any of the above characters.

Much like Rogue One: A Star Wars Story’s Character Pack, there are enough main characters in Star Wars Rebels’ core cast to fill almost an entire DLC pack. With the Grand Inquisitor already covered in Obi-Wan Kenobi, and two Ahsoka Tano variants between The Clone Wars and The Mandalorian, the villain that makes the most sense for LEGO Star Wars: The Skywalker Saga is easily Thrawn.

Based on the Disney+ special LEGO Star Wars: Summer Vacation (which has already been merchandised elsewhere in 75340 LEGO Star Wars Advent Calendar), this character pack will undoubtedly be the silliest of them all – but that totally fits with the tone of LEGO Star Wars: The Skywalker Saga. With that in mind, though, it’ll likely be the smallest, too.

All of the above named characters would obviously be in their Summer Vacation getups, while the Beach Trooper feels like the perfect crossover nod to LEGO Star Wars II: The Original Trilogy.

LEGO Star Wars: The Skywalker Saga Galactic Edition launches on Xbox One, Xbox Series X/S, PlayStation 5, PlayStation 4, Nintendo Switch and PC on November 1. The physical version will only be available in Europe, the Middle East and Africa, while all the new Character Packs will be available to purchase separately for $2.99 each, or together for $14.99.