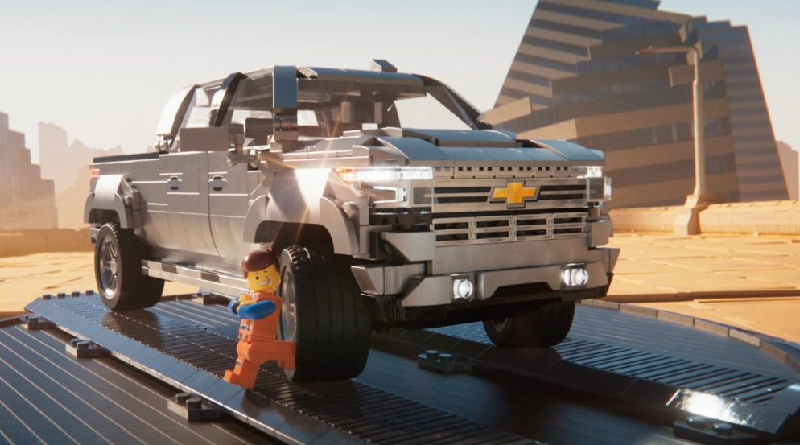 A new advert for Chevrolet is part of the car manufacturer’s link up with The LEGO Movie 2: The Second Part. In the animated advert, Emmet and Lucy drive a LEGO brick 2019 Silverado 1500 High Country, which also gets a cameo in the new film.

“From Emmet’s custom High Country to the real-life Trail Boss that inspired the full-size LEGO brick model, we have a Silverado for everyone — both LEGO mini-figures and everyday drivers,” said Paul Edwards, U.S. vice president of Chevrolet marketing. “The new ads are a fun addition to our Silverado campaign and will hopefully attract the next generation of truck buyers to Chevrolet.”

Social media stories feature a version of the advert, with Instagram Stories getting a special version that allows fans to build their own LEGO Chevy Silverado.

Emmet, Lucy and the custom LEGO mini-build High Country are featured in similar social media spots on Facebook, Twitter and Instagram. Unique to Instagram Stories, fans can build their own LEGO Chevy Silverado one brick at a time with a tap-to-assemble opportunity with the film’s characters. The 30-second version of the ad will also run in Spanish in target markets.