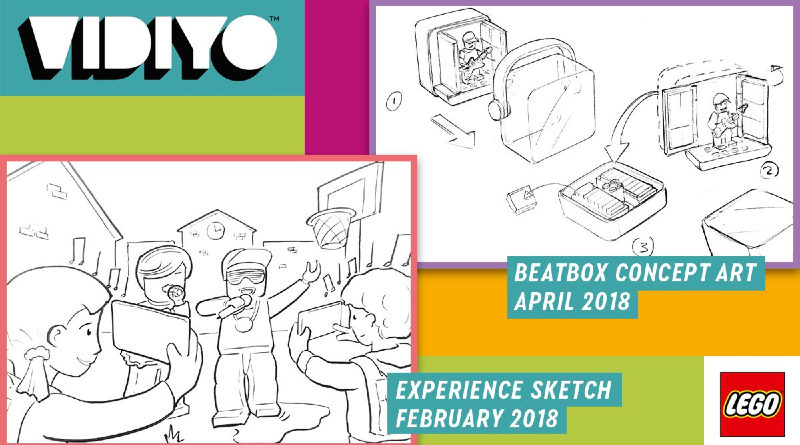 New concept art for LEGO VIDIYO has been revealed, showcasing the initial sketches of what the theme was always meant to be.

LEGO VIDIYO may have only just launched but already the LEGO Group is doing everything it can to promote the theme and its accompanying BeatBoxes and Bandmates sets.

As part of this promotion, LEGO VIDIYO features as the latest topic on both of the LEGO Group’s official podcasts. In a tweet promoting the latest instalment of Bits N’ Bricks, the company revealed a set of never-before-seen concept art for the theme.

We’ve compiled the sketches in a gallery below with one portraying an early design for BeatBoxes from April 2018 and the other displaying the intended experience with the app from February 2018.

Despite the former being drafted almost two years before the final release, there is a great deal of resemblance between them with the stage, transparent cover, and BeatBit rack all part of the initial design, revealing just how little changes needed to be made. In fact, the only notable difference is that the stage is wider than in the actual BeatBox sets.

The concept art for the app experience is also similar to the final product, with children tapping on the app to trigger certain effects while a pair of minifigures appear before them thanks to augmented reality. However, the characters are definitely blander than the cast we actually got.

LEGO VIDIYO is available now from the official online store with over 100 BeatBit tiles to collect, but that cast can be made easier thanks to this helpful guide. 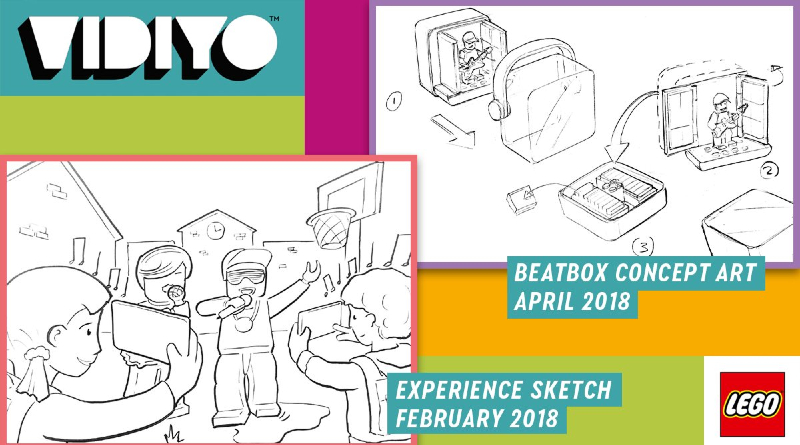