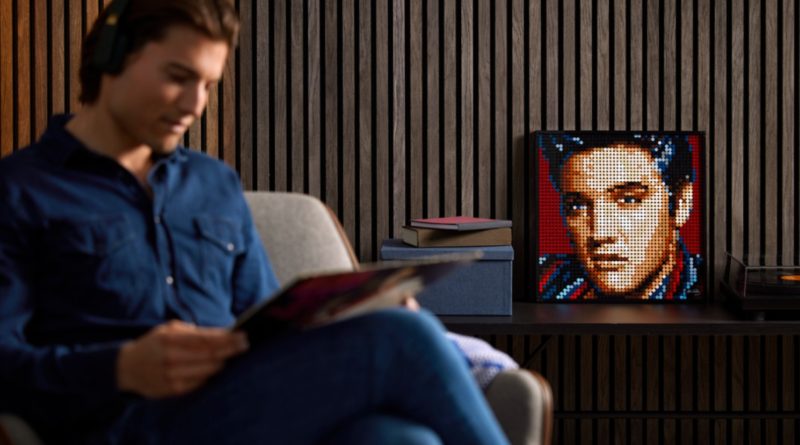 The reason behind the release of an upcoming LEGO Art model might have been revealed thanks to a trailer for a new Elvis biographical film.

31204 Elvis Presley “The King” is one of the next LEGO Art sets to launch and is currently scheduled for March 1. However, despite how famous the musician is, the reason behind this mosaic was arguably unclear, until now.

Warner Bros. Pictures has revealed the first official trailer for Baz Luhrmann’s ELVIS, a biographical film based on the celebrity of the same name starring Austin Butler. The LEGO Group might be attempting to capitalise on the launch of the film by releasing a set based on the musician near to the release.

With 31204 Elvis Presley “The King” launching on March 1, the movie is following on June 24. That three month period might allow the model to sell as marketing for ELVIS takes place leading up to the premiere.

Much like other LEGO Art sets, such as 31205 Jim Lee Batman Collection, multiple copies of 31204 Elvis Presley “The King” can be combined to form a larger brick-built portrait of the musician