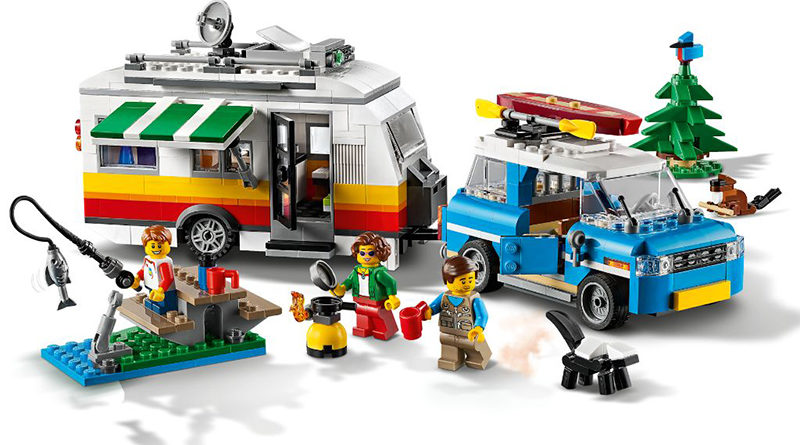 Three new LEGO Creator sets are on this way this summer – 31108 Caravan Family Holiday, 31110 Space Rover Explorer and 31109 Pirate Ship. They were announced back in January, before images turned up a few weeks ago.

Now, better images of these sets, which are expected to drop on June 1, have been published by Kostickylega. Larger than the previous shots, they make it easier to see the detail and offer a look at the alternative model.

Here are the official images for 31108 Caravan Family Holiday:

The main model builds a car and caravan, as well as a fir tree, little fishing spot and a kayak. To really add to the feeling of being in nature, the set also builds a bird, skunk and beaver.

As ever, the LEGO Creator set builds two alternative models – an RV and a lighthouse. The former looks to match the quality of the main build, while the latter looks a little square.

Images have also been released for the other sets in the wave – 31110 Space Rover Explorer and 31109 Pirate Ship.