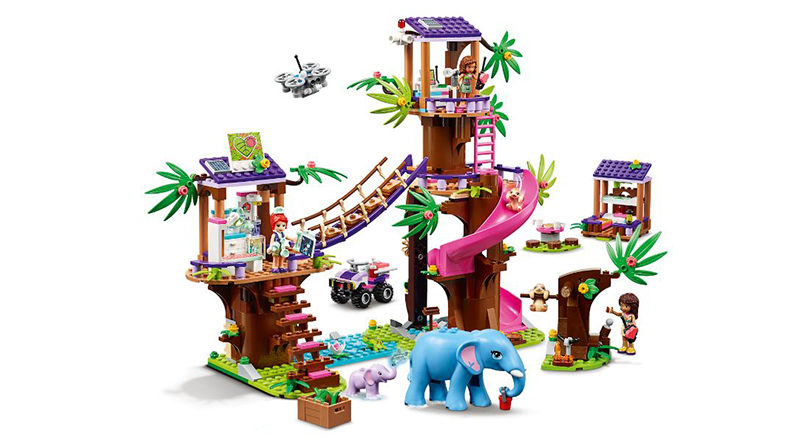 A new LEGO Friends subtheme is on the way this summer, taking the Heartlake City gang to the jungle – new images have been released, providing a better look at the sets.

LEGO Friends announced earlier this year a selection of sets that would focus on animal rescue in the jungle, with recent images providing a first glimpse at the sets. Unfortunately, those boxes pictures were on the small sde. Now, fans can get a better look at the sets in new images released by Kostickylega.

There is a wide variety of animals in this wave, including pandas, sloths, elephants, white tigers and parrots.

One set has been revealed that was previously unseen – 41423 Tiger Hot Air Balloon Rescue.

These new jungle themed sets are expected to launch on June 1.