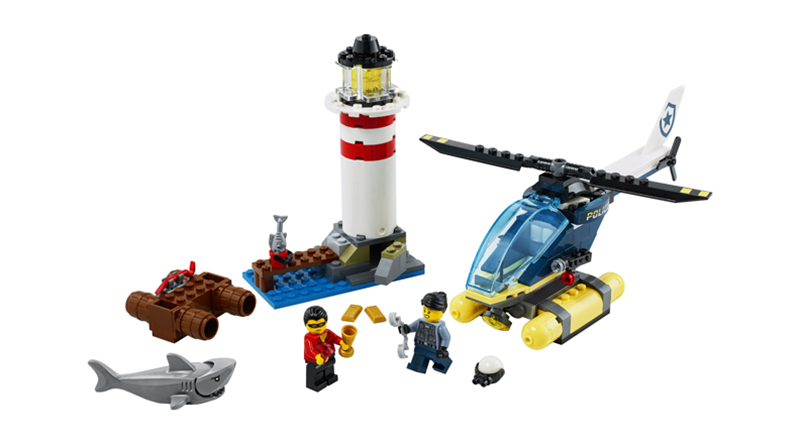 While LEGO City may have released a wave of diving and travel sets recently, you can’t keep the theme away from law enforcement for long. Elite Police will see the release of three sets – 60272 Elite Police Boat Transporter, 60273 Elite Police Driller and 60274 Elite Police Lighthouse.

The Brick Fan has found images of these three sets at Brickshop, where the release date is listed as August 7 – so August 1 seems likely for LEGO.com.

Despite these police being elite, that seems to come down to the colour scheme of their vehicles rather than the sophistication of the builds, with them all fairly basic and on the small side. It’s especially notable in the lighthouse set, as boats will struggle to see that in the distance!

The LEGO Group recently announced and discussed a partnership with National Geographic that aims to help children learn about creative problem solving to help make the world more sustainable and protect the natural environmental. It ties into the LEGO City underwater sets that launched this month.