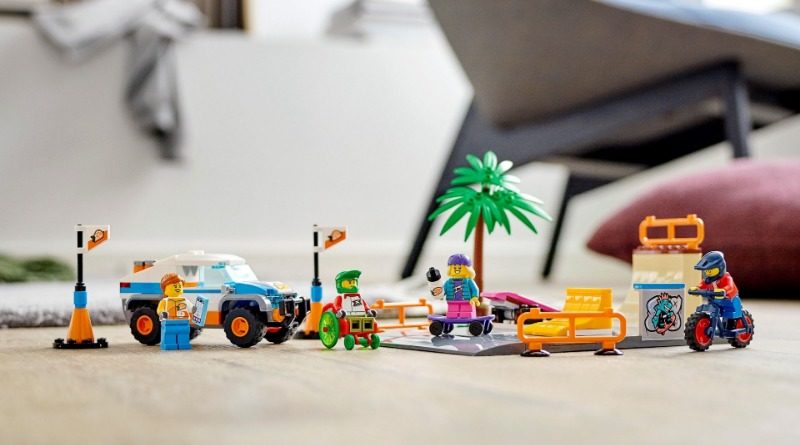 Another LEGO polybag has been revealed, this time for the CITY theme, as another skater shows up for 60290 Skate Park.

An online retailer has revealed another LEGO CITY polybag, joining the other three that were revealed late last year. JB Spielwaren listed the set on its website, giving fans a first look at the smaller build.

LEGO 30568 Skater includes 40 pieces, a small car and a cap–wearing minifigure equipped with a green skateboard. The torso of the minifigure has a sleek design of a surfer, so somewhat keeping in the skateboarding theme of the set. In the background a skate ramp can be seen, much like that in 60290 Skate Park.

Fans looking for another skateboarder to fil out their city display’s skate park might want to keep an eye out for this model, as this Skater even comes with his own ride.

Meanwhile, polybag collectors will want to add this set to their lists, while they track down the rest of the 2021 polybags. Two of the CITY polybags are available now from LEGO.com with one gifted with orders over £40 / $40 each upon a code being entered, you can read more on the offer here.