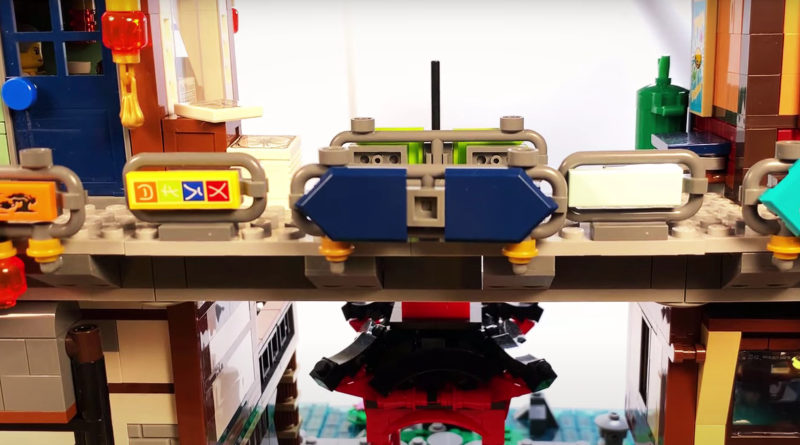 The LEGO NINJAGO City collection of sets makes for a great display on any shelf but the most recent model might present an issue with an included shrine, thankfully one build is here to bridge the gap.

71741 NINJAGO City Gardens is the biggest addition to LEGO NINJAGO yet, and as well as including the three-tiered metropolis build, a small shrine also made an appearance with a touching tribute to the TV show. However, some fans may have faced the issue of where to put it, and still maintain the city’s walkways.

SamsBrickLab has designed a bridge intended to fit between the gap caused by the temple island, meaning every part of NINJAGO City can now be displayed together, without unintended gaps on the upper level.

The build doesn’t use too many parts and a parts list is available. You may even be able to repurpose some elements from the detached balcony included in 71741 NINJAGO City.

While the fan model includes fewer graphics than the rest of the walkway’s barriers, there is an opportunity to switch out the standard NEXO KNIGHT shield pieces for other printed parts, maybe even making use of the new LEGO VIDIYO BeatBits and their colourful designs.

While the LEGO YouTuber displays his creation as bridging the gap between 71741 NINJAGO City Gardens and 70657 NINJAGO City Docks it will work just as fine in any orientation of the three sets.