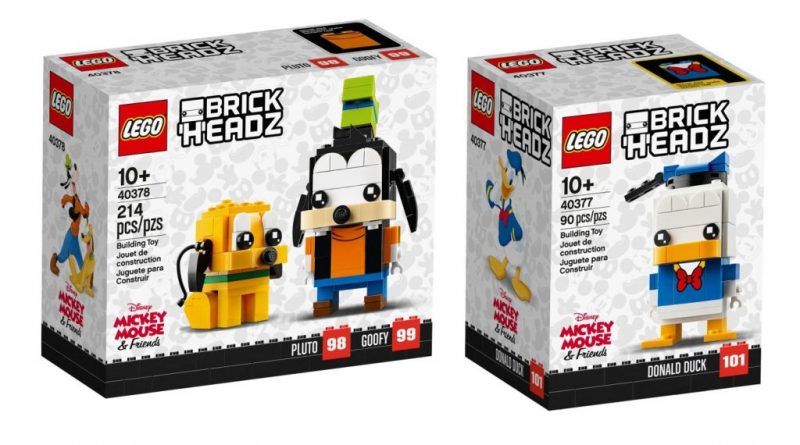 LEGO BrickHeadz is back, as was confirmed when Star Wars 75232 Kylo Ren & Sith Trooper was released late last year. It turns out that Disney sets will be back in the series too, with 40377 Donald Duck and 40378 Goofy and Pluto revealed in new images that Brickset has published.

Across the two sets, three beloved characters are built in the stylised BrickHeadz way. Donald Duck, Goofy and Pluto are some of the oldest characters created by Disney, and have featured ever since both in solo adventures and as part of Mickey Mouse’s gang.

The two new LEGO sets accompany 41624 Mickey Mouse and 41625 Minnie Mouse, two other Disney sets that were released as part of the theme before it was put on hiatus last year.

As these images are circulating now, it suggests that the two sets will be released on February 1.