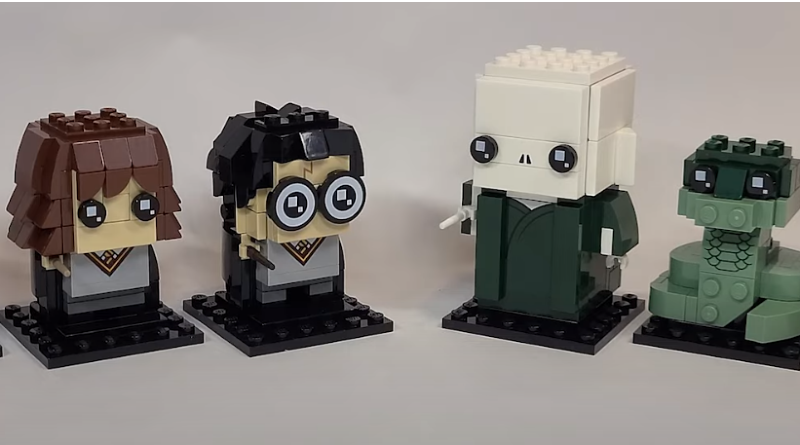 Continuing a day full of new LEGO sets are a pair of Harry Potter BrickHeadz sets that have been revealed, and a YouTuber has already reviewed them.

Ashnflash has received two new BrickHeadz models, both of which contain multiple characters in one set. 40495 Harry, Hermione, Ron & Hagrid and 40496 Voldemort, Nagini & Bellatrix are the names of these new models.

Whilst one contains three brick-built sculptures of the corresponding characters, the other contains the most individual builds we’ve ever had in a single BrickHeadz set.

You might remember that we’ve had BrickHeadz of some of these characters before and to differ from the last iterations, Harry, Ron and Hermione are depicted in a smaller form while Hagrid has a new design.

These builds correspond with a previous rumour which indicated that they could be part of an upcoming promotion, but it might also be that they are simply available to buy as normal.

The new models are due to release on June 1, but we’ll keep you updated when we know the prices of them. One thing we know for sure is that this is possibly the most adorable depiction of Nagini yet.