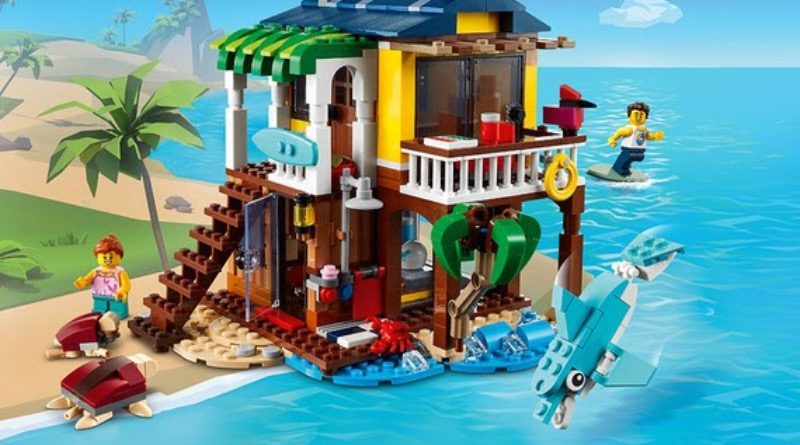 The winner of the LEGO Ideas coastal contest has been announced, revealing the inspiration behind an upcoming gift-with-purchase set and what the model may be.

Another LEGO Ideas contest has come to a close, revealing the grand prize winner for the coastal competition and the builder who won it. However, unlike some events on the official LEGO platform, this particular contest will see the winning build transformed into a future GWP.

The news comes via the LEGO Ideas blog where it was announced that Ray the Castaway by DadiTwins had won with a total of 969 votes. The closest runner up after it was Message in a Bottle by JuBex with 524 votes. The below image is that of the grand prize winner, which will now be a future GWP.

The build depicts a small island with much vegetation considering the size. A hut sits atop a mound of stone while the lone castaway inhabitant prepares a raft to sail home. The colours used also make it a perfect companion set to 21322 Pirates of Barracuda Bay.

There’s no official confirmation on when we can expect this new GWP to be finalised and available on the official online store so we’ll keep you updated when we know more.

The end of this LEGO Ideas contest means builders can turn their attention to another lucrative competition themed to the web-slinging Spider-Man to win a copy of 76178 Daily Bugle and more.