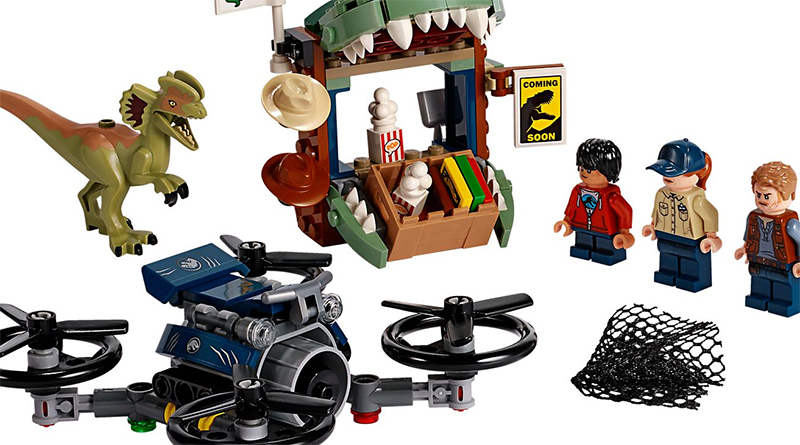 The LEGO Group has released a small selection of August launch sets early in the USA, with a handful of Jurassic World, Minecraft and NINJAGO sets available now.

Fans in the USA can now get a small number of the August release sets early from shop.LEGO.com. The availability of the new sets coincides with a double VIP points promotion, which means that all orders at the website will earn double VIP points – the equivalent of 10% cashback to spend on future purchases.

In the LEGO Minecraft theme, fans can get the mulit-coloured sheep extravaganza that is 21153 The Wool Farm.

In LEGO NINJAGO, 70672 Cole’s Dirt Bike is available ahead of the rest of the wave, with the set including Cole, Jay and the villainous Pyro Destroyer.

The latest wave of LEGO Harry Potter sets is also available to order for US LEGO fans now.

The double VIP points promotions will continue until July 7.