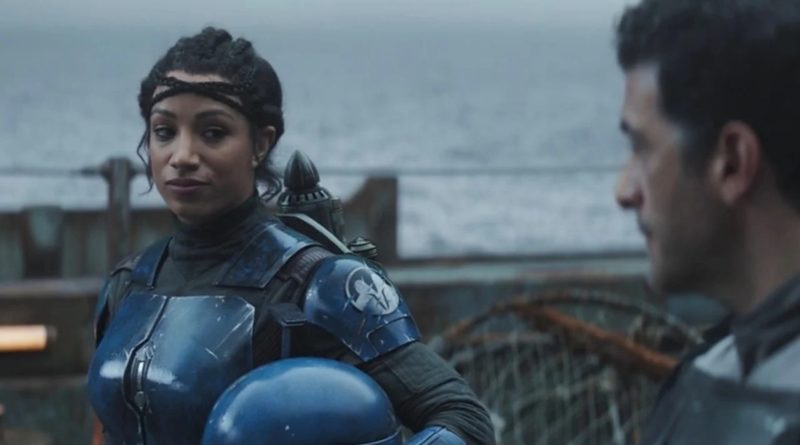 An actor from Star Wars: The Mandalorian has confirmed that they won’t be in the next chapter, lowering the chances of a LEGO minifigure.

As part of Bo-Katan Kryze’s team of Mandalorian warriors in the second season of The Mandalorian, a character named Koska Reeves made her debut but has been so far missing from every LEGO set based on the show. Bo-Katan featured in 75316 Mandalorian Starfighter, without any other member of her team leaving the question of if or when she would be introduced up in the air.

Now, the character’s actor – Professional Wrestler Sasha Banks – has commented on the possible return of Koska Reeves in an interview with Bleacher Report.

“First of all, thanks for trying to get that out, but I’m not on the next season,” said Sasha banks in the interview “But it was incredible being on The Mandalorian on Star Wars. To be on a franchise that is so huge and so loved, just look at the reception from fans outside of the WWE Universe. It was the best feeling of all time.”

That first line confirms that Koska Reeves will not be returning in the third instalment of The Mandalorian, making a minifigure of her character in future Star Wars sets, including rumoured models based on The Book of Boba Fett, a lot more unlikely.

Koska Reeves is one of two members of the Mandalorian team that have yet to get a minifigure along with Axe Woves who was missing in the season finale. The third chapter is now filming with an unknown release date at this time.