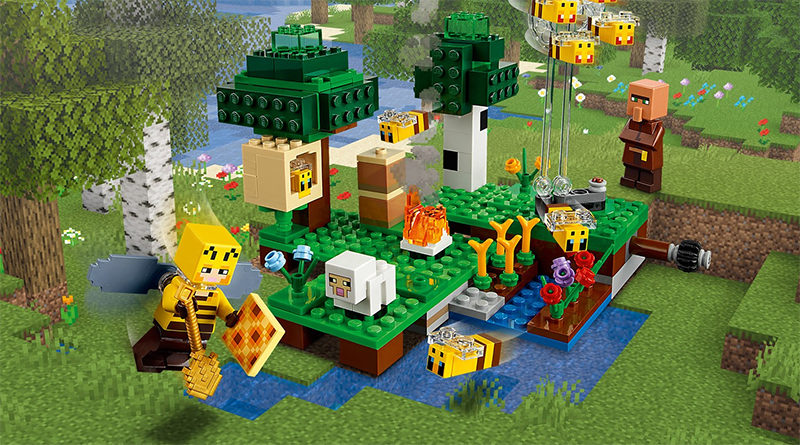 The new LEGO Minecraft sets each include a new or rare mob (for those who don’t speak Minecraft, these are the creatures that inhabit the minecraft world) and are sure to be a hit with fans of the video game.

21165 The Bee Farm includes two minifigures and seven of the new LEGO Bee mobs. Both minifigures are exclusive to the set with one being a beekeeper in a bee costume and the other being a Villager with a strand of honey running down their cloak. The beekeeper includes a new elytra piece, making this set a must for LEGO Minecraft fans.

21166 The “Abandoned” Mine includes two minifigures – Steve and a Zombie – as well as a mineshaft build with a Spider mob. The most exciting part of this set would have to be the included Slime, a rare mob that so far has only been in larger LEGO Minecraft sets, making this by far the cheapest way to get it.