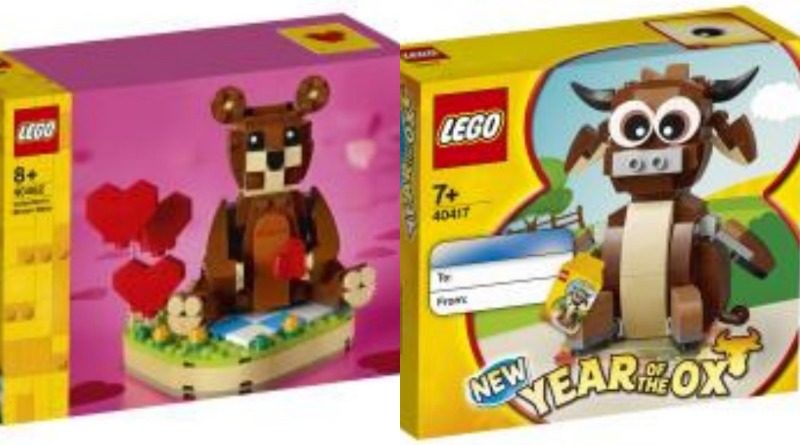 Two new LEGO seasonal sets will launch in early 2021, including a Valentine’s Bear and the Year of the Ox.

Brickset has sourced low-resolution images of both sets ahead of their release. 40462 Valentine’s Bear should make for the perfect brick-built gift for everyone’s favourite Hallmark holiday, while 40417 Year of the Ox continues the long-running tradition of buildable Chinese New Year animals.

While you’ll have trouble picking out any proper details in these blurry images, they do offer a first glimpse at the two previously-unrevealed sets. 40462 Valentine’s Bear seems appropriately loved-up, with brick-built heart balloons, a picnic blanket, and what’s presumably a heart-shaped snack.

10250 Year of the Snake kick-started the LEGO Group’s Chinese New Year animals in 2013. And with the exception of 2014, the company has produced one every year since. They’ve only been available outside of the Asia-Pacific market since 2016, though, with 40234 Year of the Rooster.