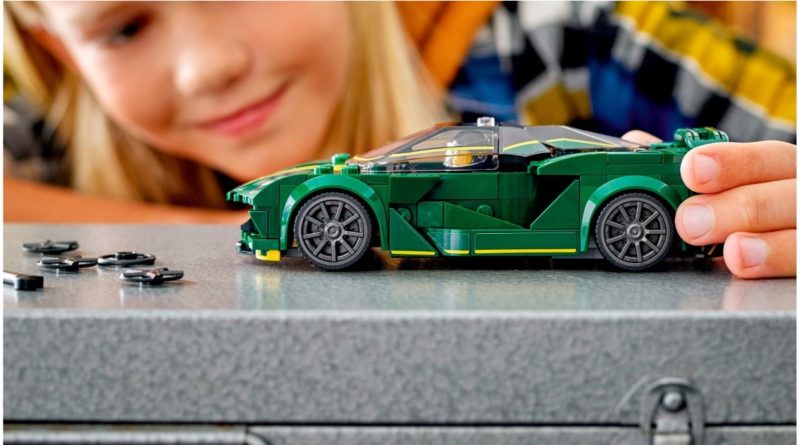 The product images of the new LEGO Speed Champions models are intriguing – but it’s not yet clear if they’ve resolved a problem with the windshield piece used.

The Speed Champions theme (which recreates famous, real-world cars at minifigure scale) has been a big success for The LEGO Group. Since its launch in 2015 more than 50 sets have been released in the theme, with the likes of Porsche, Audi and Ferrari all receiving models. Several new models have recently been announced for 2022, including 76907 Lotus Evija and 76908 Lamborghini Countach.

These models appear to use the same canopy element as 76895 Ferrari F8 Tributo, a 2020 set which debuted the element in the first place. The set introduced a more realistic, eight-stud wide design for the Speed Champions line – a move that several later sets have echoed.

While the set remains highly desirable, its new windshield piece (or rather, its position) threw up an issue. As noted by JANGBRiCKS, the driver couldn’t sit in the car with either his hair or helmet piece attached; wearing either of these would foul the element, and prevent it from attaching properly to the car.

Naturally, this wasn’t a dealbreaker. But it was a disappointing oversight for what was, arguably, a premium product – even at a relatively low price range.

Product shots of the 2022 sets show their drivers wearing helmets, suggesting this issue has been resolved. We hope it has – the Speed Champions theme has proven to be an excellent choice for today’s band of petrolheads. However, until we can see the sets firsthand, you may need to prepare for some more bald racing drivers going forward.

3 thoughts on “Have the new LEGO Speed Champions sets fixed an old issue?”