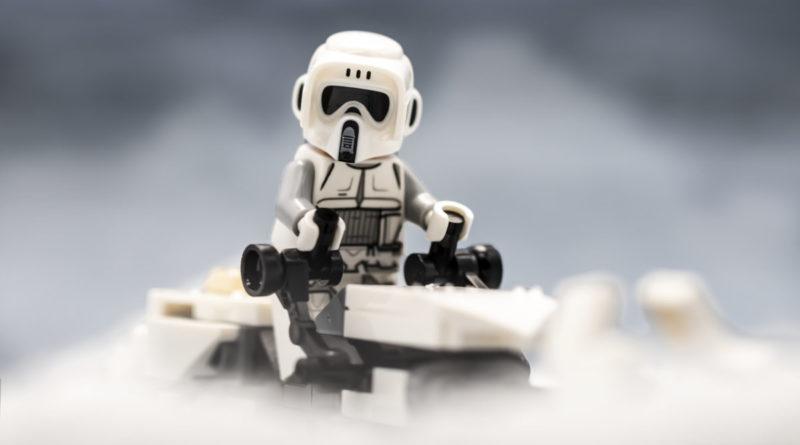 Last year’s flagship Ultimate Collector Series set includes a decent minifigure count, with five Snowtroopers in total – but its detailed interior actually has room for up to 40 seated, 85 standing, or almost 200 if you throw caution to the wind and start jamming them in as you please.

Cue 75320 Snowtrooper Battle Pack, the return of the format following a year off in 2021 and a set purposefully designed to fill your UCS AT-AT. The 105-piece model includes three Snowtrooper minifigures, a first-ever Hoth Scout Trooper, a speeder bike, an E-Web blaster and a slice of snowy scenery – but it comes at a cost.

If you’re still feeling in the mood for more snowy sets – and why not? ‘Tis winter in the northern hemisphere, and climate change hasn’t robbed us of the white stuff entirely just yet – today also sees the launch of 75322 Hoth AT-ST, the first LEGO chicken walker based on its original appearance in The Empire Strikes Back. It’s a bit taller and stringier, but still impressive.

Check out all six LEGO Star Wars sets available from today below, along with links to our reviews of each one.

There’s plenty more on the horizon for LEGO Star Wars in 2022 – at least according to rumours. You can check out the latest list of sets supposedly coming our way by clicking here.