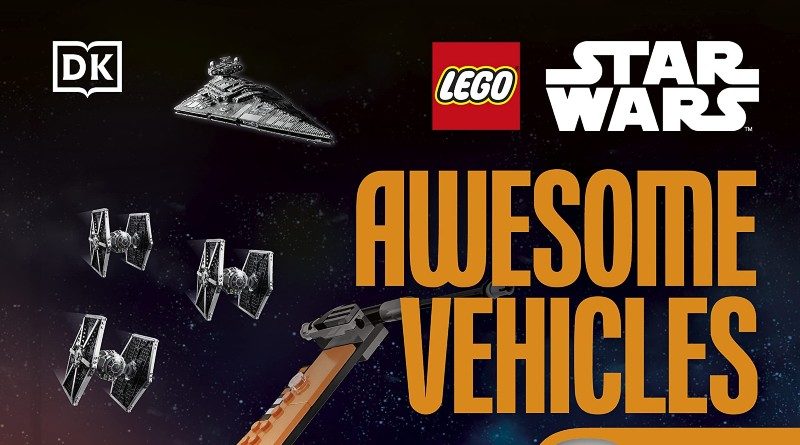 A new LEGO Star Wars book exploring the vehicles of a galaxy far, far away has been revealed with a returning minifigure and torso print.

Thanks to a listing on WHSmith and an image unveiled by Amazon France, the release date, price and other first details of LEGO Star Wars Awesome Vehicles are available for all to see, with Resistance pilot Poe Dameron receiving another minifigure.

LEGO Star Wars Awesome Vehicles is the latest brick-based page-turner from DK as the result of the LEGO Group’s ongoing partnership with them. 25 sets will be the subjects of the book with classics such as the Millenium Falcon to the massive Death Star.

The cover pictured above has yet to be approved for sale, though the final version is likely to look very similar. This preliminary design has at least revealed the included minifigure with the jacket-wearing Poe Dameron from both 75149 Resistance X-wing Fighter and 75297 Resistance X-wing Starfighter.

LEGO Star Wars Awesome Vehicle is due for release on April 7 2022 as one of the first officially revealed products launching next year. That should come as good news for fans of the fighter pilot, but it seems likely that a minifigure of Poe Dameron will be available in an intergalactic model at some point next year.

Get yourself ready for the launch of this LEGO Star Wars book with the latest addition to the UCS series of builds – 75309 Republic Gunship as the set has now been officially revealed.