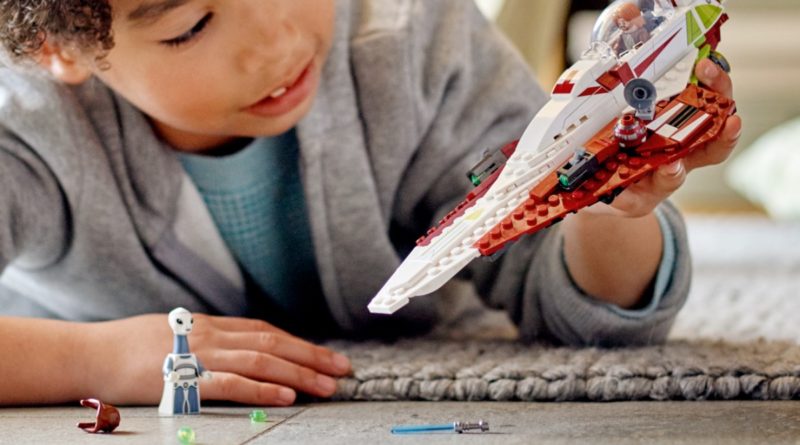 The newest LEGO Star Wars minifigures are almost all brilliant upgrades on their predecessors, or fantastic brand new characters – with one glaring, cylindrical exception.

Across two of those three sets are seven brand new minifigures, including: Obi-Wan Kenobi, Taun We, R4-P17, Ben Kenobi, Grand Inquisitor, Reva (Third Sister Inquisitor) and Fifth Brother Inquisitor. The red-lightsaber-wielding baddies all look great, while Ben Kenobi – as he appears in the Disney+ show – is sporting a new hairpiece and outfit.

Obi-Wan Kenobi as he appears in Attack of the Clones, meanwhile, has brand new robe printing to match his design in LEGO Star Wars: The Skywalker Saga, and Taun We is the LEGO Group’s first-ever Kaminoan minifigure. Six of those seven characters are absolute gold for minifigure collectors, then – but the same can’t be said for R4-P17.

The last full-body version of the astromech droid arrived in 2013, as part of the LEGO Star Wars planet series’ 75006 Jedi Starfighter & Planet Kamino. The form factor of astromech droids hasn’t changed in the years since, with each and every one using the same four-piece assembly – even while there are plenty of opportunities to upgrade the standard design.

The LEGO Group took one of those opportunities earlier this year, when it finally applied back printing to R2-D2 in 75330 Dagobah Jedi Training Diorama and 75339 Death Star Trash Compactor Diorama. That they were two different minifigures (mud-splattered and clean, respectively) gave hope to the masses that back printing on astromech droids would be standard from now on. So, R4 must have back printing in 75333 Obi-Wan Kenobi’s Jedi Starfighter. Right?

Wrong. While there are no images of the back of R4-P17 on the product packaging, or across the lifestyle photos supplied by the LEGO Group, the 360-degree preview of the model at LEGO.com clearly shows R4’s back is plain white, free of any kind of decoration. It’s a disappointing step back for LEGO Star Wars minifigures in what’s otherwise an appealing £30 set, although the LEGO Group will probably point to that smaller price tag by way of explanation.

Now that the technology to print on both sides of the astromech droid body element exists, though, there’s really no excuse not to use it. After all, just imagine if the regular minifigures in the cheapest LEGO Star Wars sets were missing back printing…

Support the work that Brick Fanatics does by purchasing your copy using our affiliate links. Thank you!