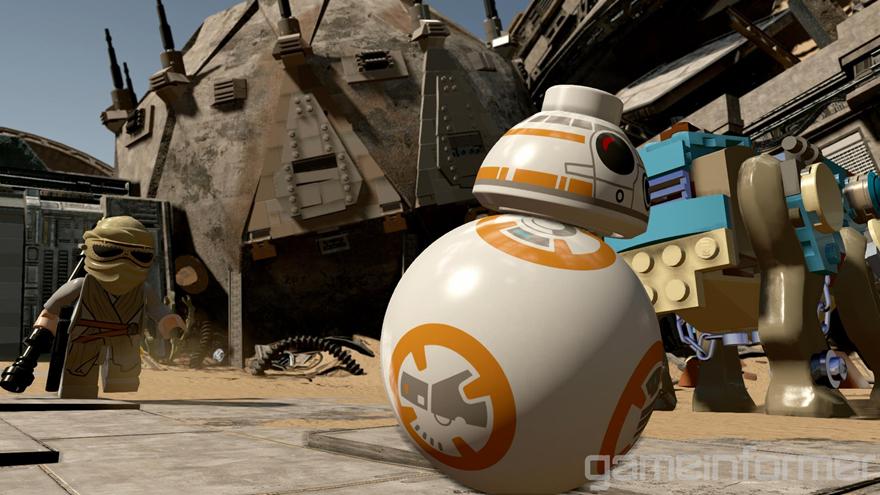 Gameinformer have gotten their hands on new screenshots for the upcoming LEGO Star Wars: The Force Awakens videogame. The new images show some new and not yet seen faces and places. We get to see all the major locations from the film including Jakku and Starkiller base. Characters we see included Rey, Finn, Han Solo, BB-8 and Chewbacca.

There is also so some easter eggs thrown in, this includes parts of the Return of the Jedi, according to Gameinformer the game features extra missions from that film that expand the new movies fiction. Plus TT Fusion are also going back to the Jedi with a special mission featuring key parts from the film. Those who have journeyed with TT Games will notice how far they have developed over the years.