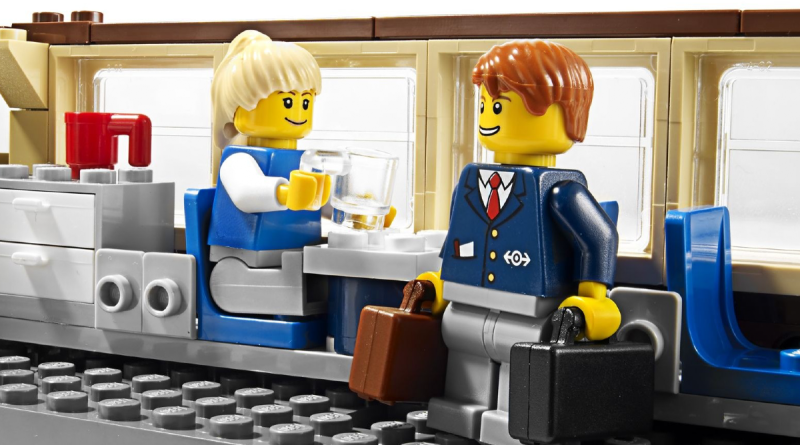 The recently-announced LEGO Orient Express Ideas project could be the best LEGO train ever released – if it includes more than one passenger coach.

The LEGO Group is no stranger to producing impressive trains for LEGO fans, with the earliest examples dating back to the mid-1960s. The latest addition to this collection comes to us via the LEGO Ideas theme, thanks to the efforts of Thomas Lajon. His LEGO Ideas project recreates the Orient Express in a golden era of rail travel – and following its approval by the LEGO Group, a version of it will make its way onto shelves at some point in the future.

The Orient Express is certainly a fitting subject matter for a LEGO train; it’s synonymous with luxury and romance, with novels like Murder on the Orient Express helping to keep it in our cultural consciousness. Of course, it’s those aspects of the train that demand multiple passenger coaches – which prior LEGO trains of this type have failed to provide.

The LEGO Group has produced several steam trains over the years, but the larger examples (such as 10194 Emerald Night) are rather stingy when it comes to passenger coaches. They tend to include just one passenger coach at a time, when – in reality – trains like these typically have several coaches at once, with slight variations in design. Luggage coaches, brake coaches and even observation coaches can all be found in passenger trains, allowing railway modellers to create visually diverse models within or without a LEGO collection.

Since the majority of LEGO trains are designed to run on rails (or at least be played with) this absence of passenger coaches is an unfortunate oversight – and buying additional coaches separately can be difficult and expensive. However, the upcoming Orient Express has an opportunity to include at least two passenger coaches – producing a particularly appealing and realistic train in the process.

There is some precedent for this, thanks to models such as 71044 Disney Train and Station. This model offered two passenger coaches of differing designs, allowing for plenty of minifigures to tour a Disney park at once. Even without this precedent, though, the LEGO Ideas theme has come a long way over the last few years.

LEGO sets in this theme have become increasingly ambitious, with the likes of 21323 Grand Piano retailing for a staggering £344.99 / $399.99 / €399.99. From that perspective, a more ambitious LEGO train doesn’t seem like a stretch – particularly when the LEGO Star Wars theme is offering sets costing upwards of £700 at the moment. With other expensive sets like 10294 Titanic out of stock for long stretches (and selling out again moments after a restock) it’s clear LEGO fans aren’t deterred by high prices more generally.

It’ll be some time before we see the final design for the LEGO Orient Express; it’s only just been announced, and there are several Ideas projects in the pipeline ahead of it. But considering the level of detail its fan design offers, our hopes are particularly high for this LEGO Ideas set. With luck, the LEGO Group can deliver on them.