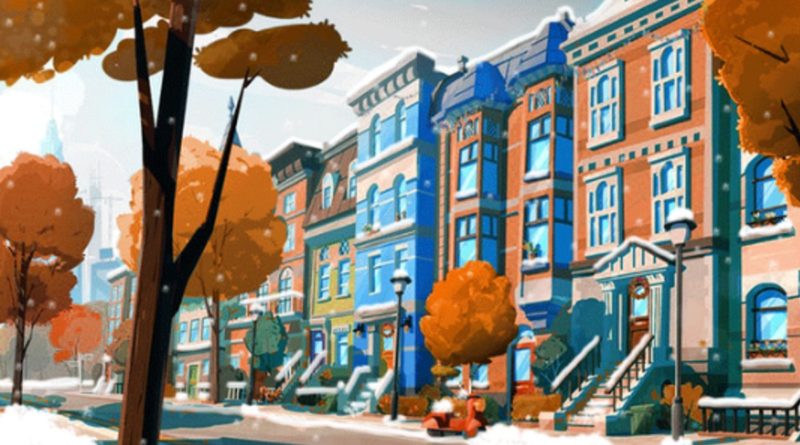 The results for LEGO World Builder’s first Pitch Fest are in, and a winner has been chosen to have their world become a future official film.

After the finalists were revealed towards the end of 2021, the team at LEGO World Builder have now announced which one of the four worlds is going to be made into a real movie, with no winner originally guaranteed to be chosen.

Mexico-based Creators Sergio Gómez and Daniela Morán have taken home the prize in the first Pitch Fest by impressing the judges with The Missing Piece. This project came from a prompt asking for films that would combine live-action and animation.

The story of The Missing Piece involves sister duo Lulu and Sam with Lulu aiming to cheer up her sister by tracking down and gifting her a vintage LEGO set. However, when a malicious AI from within the present escapes, its goal to rebuild the world might put an end to the holiday celebrations. Concept art shows a city partially blanketed in snow.

Speaking to Tongal member Luke Johnson on the platform’s blog, Sergio Gómez and Daniela Morán spoke about their inspiration for the world ad how their time with Rey Mysterio Vs. The Darkness, an upcoming animated show, helped them with the creation of The Missing Piece.

“The show represented the opportunity to tell the story of a childhood hero (for Sergio) while working with a life-long favourite channel (for Dani),” explained the Mexico-based Creators Sergio Gómez and Daniela Morán. “This also made us connect with our inner children and wonder what would have happened if we had listened when people told us we couldn’t make it as creators.

“This thought process helped us to bring “The Missing Piece” to life, for sure. Most importantly, though, that experience allowed us to work together and learn new techniques from each other, which made us better creatives overall.”

“The LEGO Group’s process was definitely different,” continued creators Sego and Daniela. “We felt this supportive atmosphere because everyone wanted this idea to succeed. The feedback was always key to our project and both the Tongal and LEGO teams wanted our story to be better each time we pitched it.”

No release date for The Missing Piece has been revealed yet, but a second Pitch Fest has been announced to begin on April 4 with more information and guidelines to be found on the LEGO World Builder website. Also in development is Holiday Heroes, an upcoming holiday special which has received a first look at the film through concept art.